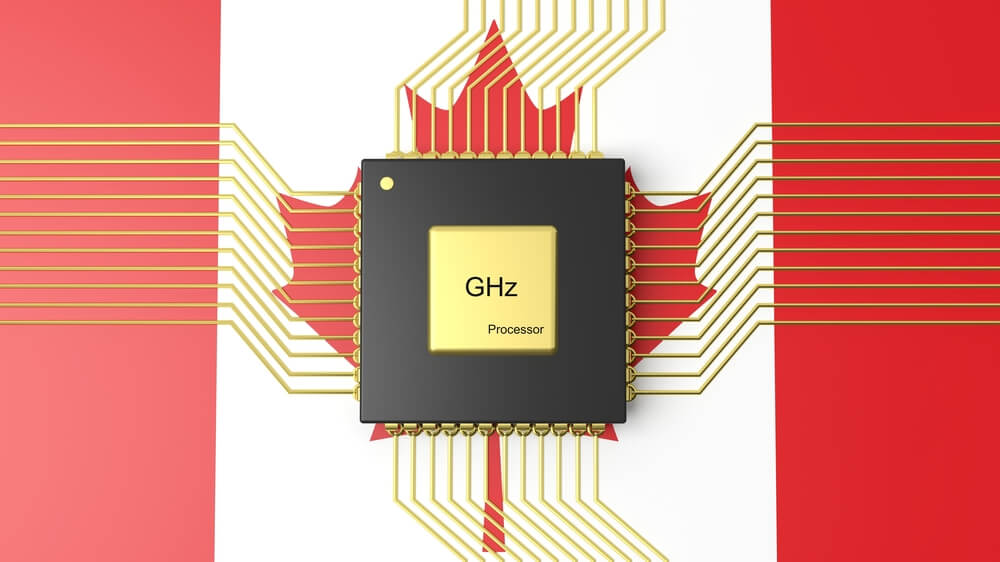 Do you know what companies like Ethereum Capital and Li-Cyle have in common? In addition to being leading organisations in emerging technologies, both share the exact home-based location: Canada, or if you prefer, The Great White North.

The country is gaining prominence in the technology sector, achieving global status and becoming a reference point for other hubs worldwide. Its digital transformation has led to many job opportunities for skilled tech workers. This has also contributed to governmental efforts to improve immigration policies.

But what is Canada's secret ingredient? Read our article below to identify the top five reasons why Canada's tech industry is often considered a leader in today’s global economy!

More than once and across a variety of sources, we’ve heard about how Canada’s residents enjoy an enviable quality of life, but statistically speaking, how can we prove we prove this?

That's why we turned to the Organisation for Economic Co-operation and Development (OECD) and its Better Life Index, which shows how Canada ranks among other countries within a similar economic group. 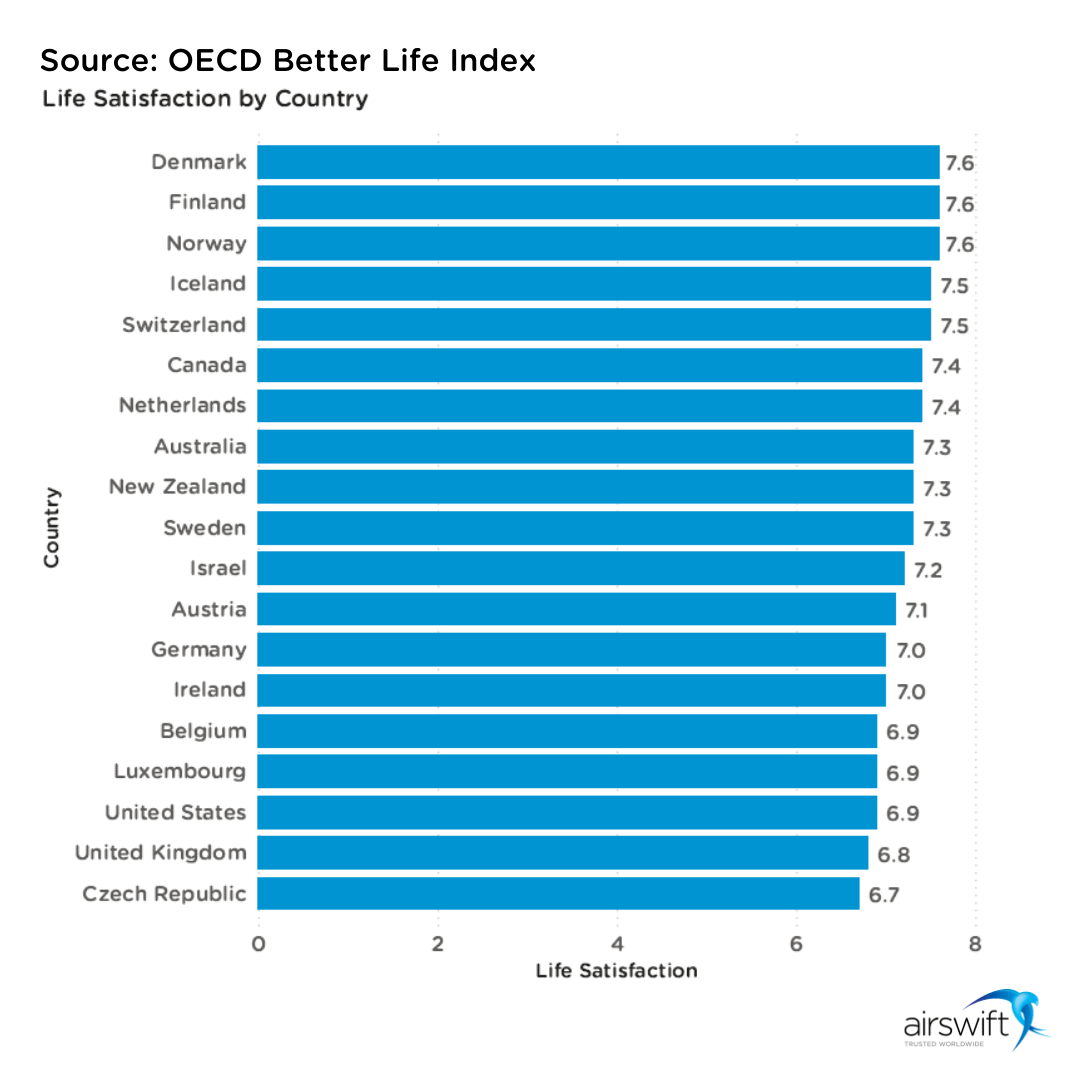 Needless to say, the results surpassed our expectations. Canada came behind only Switzerland and the Nordic countries and we selected the countries only with a high score above the OECD average of 6.5.

The Better Life Index contains various criteria that can be used to measure a country’s quality of life in comparison to other nations and across multiple standards, Canada managed to outperform a number of OECD countries. 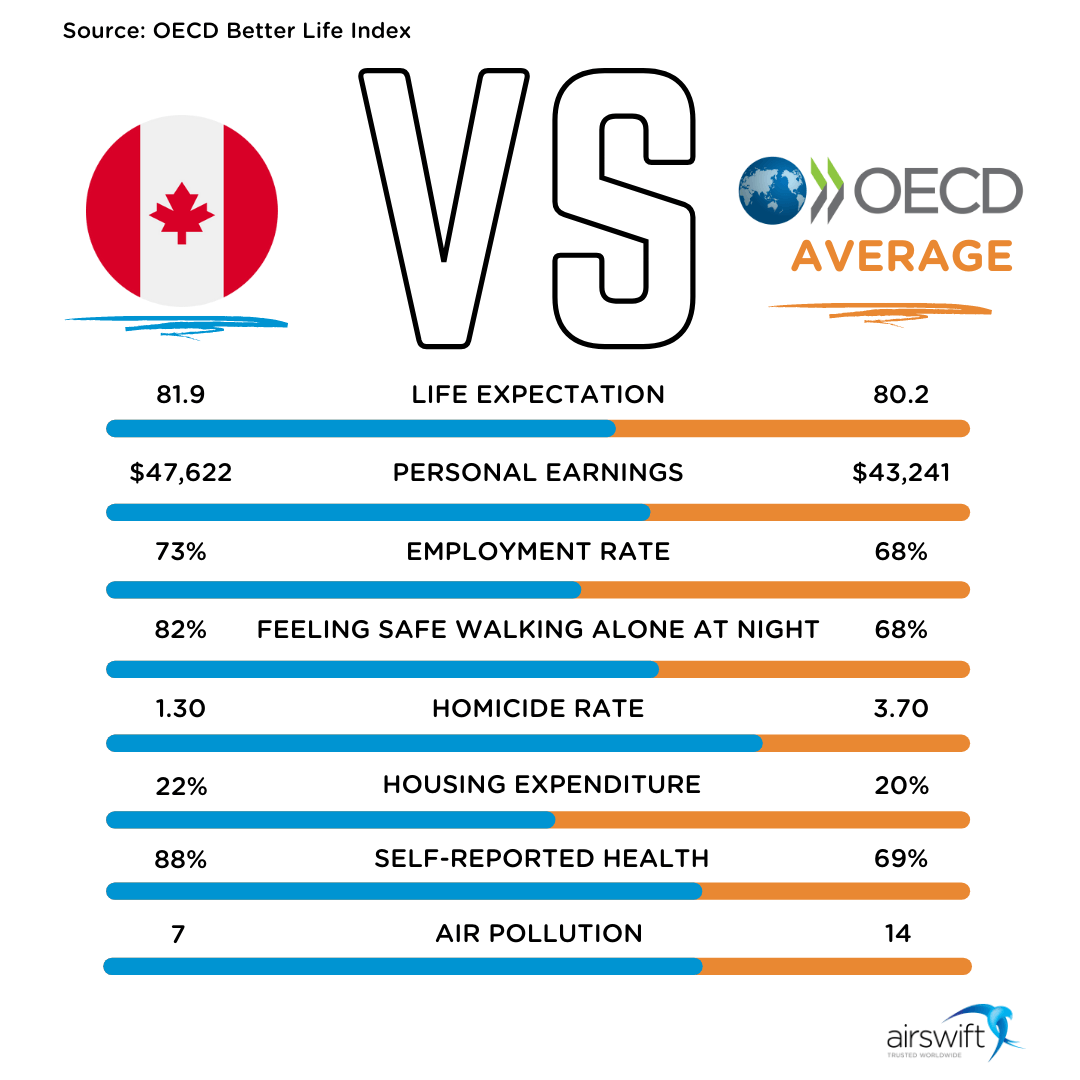 It is, however, essential to consider how many of the core criteria are valued by the local population of each country as this reveals the variance in primary needs across the different cultures being surveyed.

The Immigration, Refugees and Citizenship Canada (IRCC) federal department is responsible for the Federal Skilled Worker Program (FSWP), a notable entry program for skilled tech workers moving to the North.

The program is managed by the Express Entry application, which makes the entire process extremely fast — taking a total of six months. With the pandemic, the visa process took more time, but the Canadian government has already announced that things should return to normal in 2022. It is currently estimated that the program will be able to mobilise 110,000 new skilled workers into Canadian grounds within the year.

Beyond the FSWP, there are various other agencies in Canada that are focused on encouraging global talent to pursue a career in Canada's tech industry. Here are some of the programs that skilled workers can use to obtain permanent resident status in Canada:

Local initiatives also reinforce the government's commitment to strengthening the national technology industry and attracting more global talent. Such as the case with the Accelerated Tech Pathway program, formulated by the government of Alberta. The program will seek to meet the demand from more than 3,000 tech companies in the province for a qualified workforce.

The growth of venture capital investment is evident in Canada. In 2019, the country reached its second-highest achievement with 659 deals closed and a total of 4.1 billion dollars raised, according to Pitchbook records. This was followed by 696 deals and 3.4 billion dollars in 2020.

But it was last year when Canada broke its venture capital investments record by closing a total of 781 deals and raising 13 billion dollars.

The chart below highlights the provinces that managed to raise more than 100 million dollars in funding. 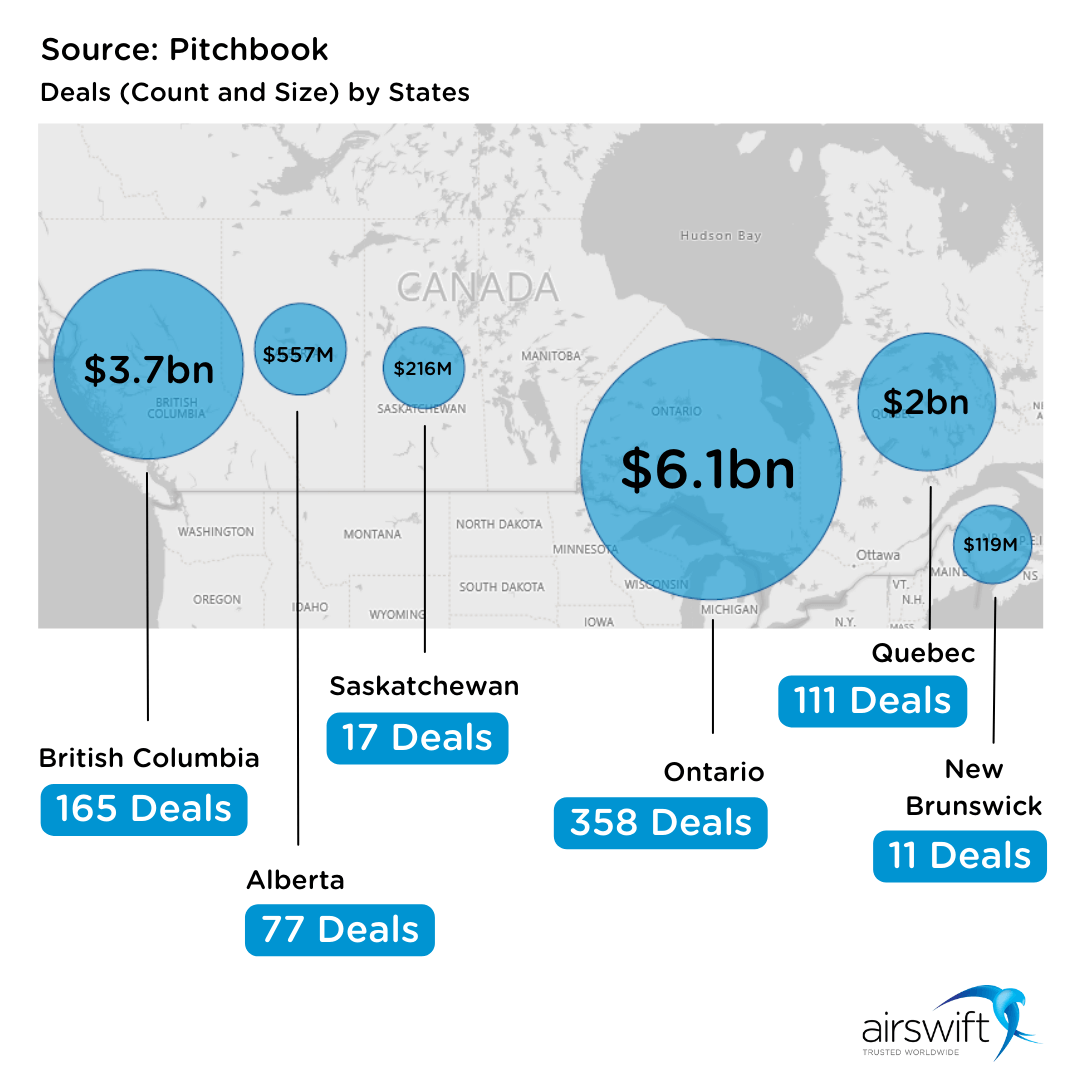 Ontario remains the province with the best performance. As for the city with the most investments, Toronto is unsurprisingly Canada's main tech hub — a total of 233 deals were closed and 4.4 billion dollars were raised.

What industries received the most VC funding in 2021?

Canada's IT sector attracted the most capital from VC investors followed by the Financial Services and Healthcare sectors. 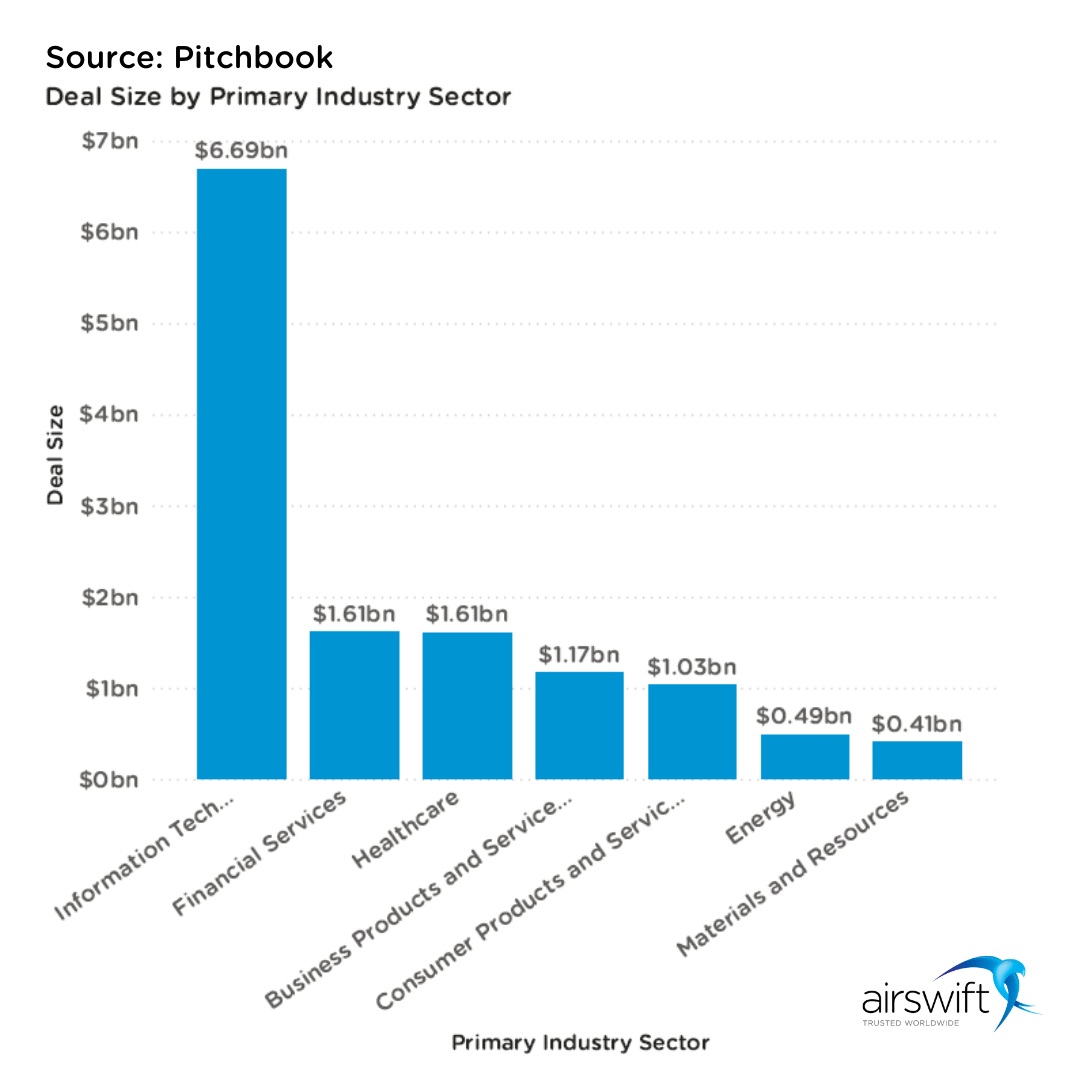 The tech scene in Canada is gaining more and more attention from the world economy due to the investments taking place and, consequently, the emerging of new companies.

The country has seen its startups growing and going public to fight for dominion over the global market. That was the case with Coveo, with its IPO in November last year, and the expectation is that other companies such as Hootsuite will go public this year, maintaining Canada’s position as a leader in the global tech space.

The potential behind Canada’s tech industry is enormous but the superstar companies that have garnered global recognition still only make up a portion of the total puzzle. The other important piece is made of a group of organisations that service the much buzzed about emerging markets that will transform the industry in the years to come.

We are witnessing many changes in traditional industries. Many of these changes are being caused by disruptive technologies proving to be solutions to many problems in sectors such as finance and energy.

Technology is responsible for the ascension of new markets that can shake up the economy and bring a significant change on the podium of tech leaders from different niches. Canada stands out as a country capable of participating in this movement with its firm grasp on products and services that make up the next generation of innovative tech solutions.

Such markets are being touted as the industry's next natural step. That's why investments in these emerging spaces have begun to attract even more attention from venture capital firms and tech talent.

This innovative ecosystem is directly related to the foundation of new tech Canadian companies like Tenstorrent (2016), Ethereum Capital (2018), Dapper Labs (2017) and Li-Cycle (2016).

These emerging spaces and startups are a big reason why the national tech industry receives so much attention in business circles around the world.

Looking once again at the OECD's Better Life Index, we can see where Canada stands amidst other countries in the "Student Skills" category.

The chart below provides us with a clear gauge of average student scores in core skills such as science, mathematics, and reading. In a list of 25 countries, Canada places third indicating that there is great potential for intellectual capabilities to be funnelled towards its technology sector. 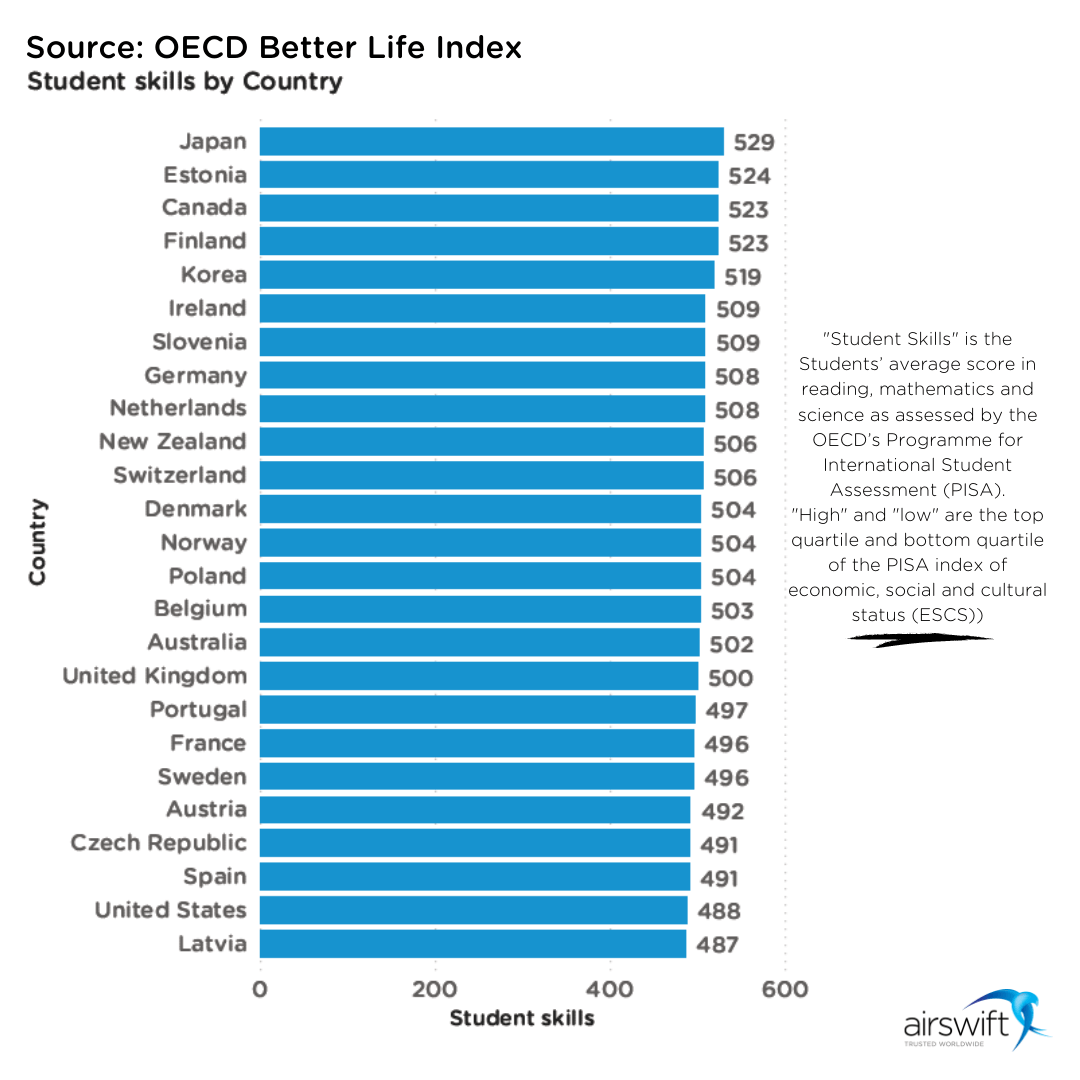 Canada ranks third, an enviable position once again. This points to a massive potential in intellectual work that will impact the technology market.

The country still has a fundamental requirement for us to look with optimism about the skilled workforce available: the top national universities. One of the secrets of Silicon Valley is Standford. In the Great White North, you can see the same high-quality talent pool with colleges like the University of Toronto, the country's best one ranked (26th) in the 2022 edition of the QS World University Rankings; and the University of Waterloo, home of millennials genius such as Vitalik Buterin (Ethereum's founder).

"A key reason why Amazon continues to invest in Canada is because of the diverse and exceptionally talented workforce that exists here."

In addition, with remote work on the rise, Canada's tech industry is now entirely open for global talent. Government programs and the offered quality of life further reinforce how choosing the country to build a tech career is easy. That leads to the next step of sourcing global talent accurately and cost-effectively.

The votes are in and the decision that Canada's tech industry is a vital presence in the world’s technological innovation landscape is unanimous.

For now, the goal is to allow this national hub to further mature and cultivate its assets in order for it to play host to a growing pool of international companies and global talent. And here lies a great opportunity for those who wish to participate in the rise of this favourable Canadian economic environment to expand their business.

The time to enter Canada's emerging markets and find the best talent is now. There are ways to do this without creating a business risk. And, we at Airswift can help you with that. With over 60 offices and 7,000 contractors from north to south of the world, we can deliver the best cost-effective strategy for your company.

Learn more about our workforce and HR consulting services and let us help you grow your business with the best of global talent.

With a vibrant green tech ecosystem and a low unemployment rate, Norway is attracting a skilled tech workforce. See the jobs in-demand and their salaries. 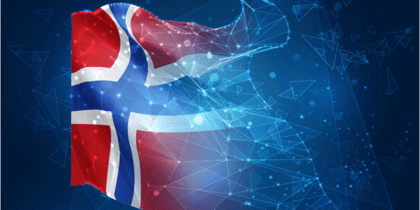 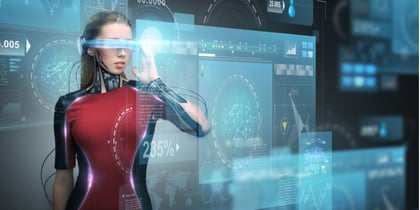