Italy, or the Italian Republic, is a country rich in culture and history. The country boasts lush vineyards, world class restaurants and a thriving economy. Located in Southern Europe, Italy comprises of the Italian Peninsula and the two largest islands of the Mediterranean Sea, Sicily and Sardinia. The two independent states of San Marino and the Vatican City are enclaves within the Peninsula and Campione d’Italia is an exclave located in Switzerland.

Italy is the fourth most populous European Union member state with over 60 million in population. The country is divided into 20 regions, subdivided into 110 provinces with 8,100 municipalities, as well as five autonomous regions and 15 metropolitan cities.

Italy has a fascinating history including Roman Mythology, the Renaissance and the famous Roman Empire. During the Middle Ages and the Renaissance, Italy developed a unique culture of architecture, art, literature and music. The country has over 50 UNESCO World Heritage sites, more than any other country in the world, including the capital and largest city of Rome. Today, Italy remains a popular destination for travellers and a world leader in terms of economy and human development.

Italy is home to many breathtaking sights and historical landmarks. Tourism is a huge part of Italy’s economy and there are so many special attractions throughout the country. Some of the most famous are the historic Colosseum, Pantheon, Basilica di Santa Maria Maggiore and Trevi Fountain in Rome. Others include the panoramic view of Florence at the Piazzale Michelangelo, the Canal Grande in Venice and Marina Grande in Sorrento.

Are you an employer looking to relocate or mobilise your workforce to Italy? Or an employee interested in relocating? 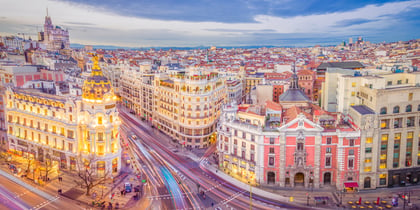