Kuala Lumpur (KL) is located in Peninsular Malaysia, on the central part of the country’s west coast. The city is the capital of Malaysia and home to approximately 1.5 million people, covering an area of 243 sq km (94 sq mi). The Greater Kuala Lumpur area is inhabited by 7.2 million people.

Kuala Lumpur grew rapidly after its establishment as a mining town in 1857. However, in 1881 the Malay Civil War destroyed the city. Five years later, the city was rebuilt and became the capital of the newly established Federated Malay States. It has continued to be the capital of the Federation of Malaya since its independence from the United Kingdom in 1957.

Kuala Lumpur offers many grand adventures to embark on in and out of the city. The outdoors of Kuala Lumpur is a rich breeding ground for activities and adventures. The varied terrain lends itself to river cruises, island hopping boat tours, balloon rides and steep hikes. Day trips to remote islands and rainforests are common, where depending on your interests you can explore caves, snorkel or climb cliff faces. The diverse wildlife adds another dimension, making it possible to get close to some of nature’s most wonderful creatures, from visits to Elephant sanctuaries or Orangutan rehabilitation centres to wild animal watching in forests and mangroves, where you can see everything from eagles to fireflies.

Are you an employer looking to relocate or mobilise your workforce to Kuala Lumpur or an employee interested in relocating? 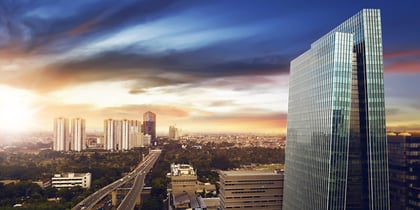