Oman is an Arab country on the southeastern coast of the Arabian Peninsula. It is a predominantly Islamic country where Arabic is the official language, with English being widely spoken in business. Oman has one of the hottest climates in the world and averages very little annual rainfall. However, the mountainous areas offer more annual rainfall and cooler temperatures.

Oman has modest oil reserves, and is ranked as the most improved nation in the world in terms of development during the preceding 40 years. Nearly a quarter of Oman’s population is still made up of expatriates, so it’s highly likely that when doing business in Oman you’ll be dealing with primarily other expatriates. Resulting in a familiar business feel, but with a distinct Arabic business flavour.

While in Oman there are a plethora of attractions to see, including the famous and prominent Jalali and Mirani forts at the entrance of Muscat Bay, the fascinating sea turtles at the beaches of Masirah Island, the historic ruins of the Bahla Fortress, the scenic views of the Al Hajar Mountains in northeastern Oman and much more.

Are you an employer looking to relocate or mobilise your workforce to Oman? Or an employee interested in relocating?

Download our relocation guide to the United Arab Emirates 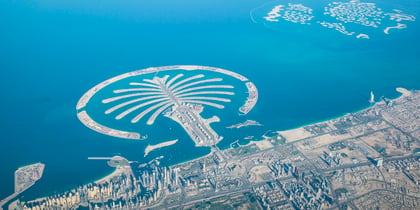