Home to Machu Picchu, Cusco and the Nazca Lines, Peru is located on the western coast of South America and bordered by Ecuador to the north, Colombia to the northeast, Brazil to the east, Bolivia to the southeast and Chile to the south. Peru is a very biodiverse country; habitats include the arid plains of the pacific coastal region, the Andes mountains vertically extending form the north to the southeast, the tropical Amazon Basin rainforest and the Amazon river in the east.

Peru has been home to several ancient cultures in the past, such as the Norte Chico civilization and the Inca empire. The Spanish conquered the region in the 16th century and established a Viceroyalty that bound most of its South American colonies. Peru formally declared independence in 1821 and secured its independence in 1824. The country basked in relative economic and political stability the ensuing years, which ended shortly before the War of the Pacific with Chile.

This Spanish-speaking country has become a relatively stable democracy and witnessed considerable economic improvements since 2000, with reductions in poverty, increases in economic development and advances in human rights. Peru’s business environment is improving, and the government is actively seeking foreign investment in most sectors of the economy. Nevertheless, corruption remains present in political circles. Peru’s infrastructure is doing well in Lima but may be lacking in other parts of the country. The main economic activities include mining, manufacturing, agriculture and fishing.

Are you an employer looking to relocate or mobilise your workforce to Peru? Or an employee interested in relocating? 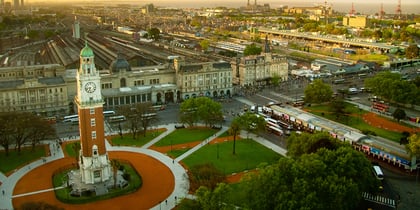