South Korea is the given name to the southern part of the Korean peninsula, located in East Asia. South Korea, officially the Republic of Korea, consists of fortresses, temples and palaces, many of which are UNESCO World Heritage sites.

South Korea shares a border to the north with the demilitarized zone (separating it from the Democratic People’s Republic of Korea). The rest of the country is surrounded by the Sea of Japan (East Sea), the Korea Strait (separating it from Japan) and the Yellow Sea.

The Korean language is drastically different from the English language. There are various dialects spoken, but the Korean language is based on the Seoul dialect, which is understood and spoken by almost everyone. Nearly all Koreans under the age of 40 have taken English classes as part of their education. English is spoken in commercial and office circles, at airlines and hotels as well as stores catering to international tourists.

A few special attractions in South Korea include the beautiful Gyeongbokgung Palace in Seoul, the serene and historic Bulguska Temple in Gyeongsangbuk-do, the popular and scenic Jeju Island and the exciting and adventurous Lotte World theme and amusement park.

Are you an employer looking to relocate or mobilise your workforce to South Korea? Or an employee interested in relocating? 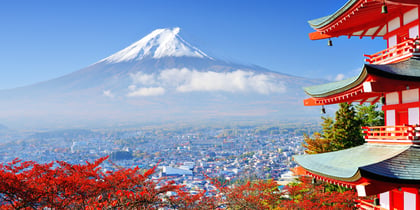