Spain is a well-developed parliamentary democracy and European Union (EU) member state located in the southwest of Europe. Spain’s parliamentary democracy has been stable since it was re-instituted following the end of a 36-year reign of the dictator Francisco Franco upon his death in 1975. The elected prime minister serves as the head of government, while the King of Spain acts as the head of state. Spain is open to foreign investment and follows the economic standards and regulations required of EU members.

Spain has a population of nearly 47 million inhabitants. The population is concentrated in large cities, such as Madrid, Barcelona, Valencia and Seville, although Spain’s economic structure is still quite rural. The culture of Spain can be described as diverse, a blend of old and modern history. Spanish culture is extremely rich and has had its impact on all forms of the arts, including literature, music, architecture, theatre and more. Spain’s culture attracts increasing number of tourists each year and the country have the second highest number of UNESCO World Heritage sites. Its multicultural heritage is celebrated throughout the country on various holidays and with a variety of festive celebrations.

Spain is nothing but enthusiastic about sports, with football (soccer) and basketball all but national obsessions, and bullfighting – one of its cultural highlights. There are also plenty of opportunities to get out and enjoy the country’s stunning outdoors, whether it’s ambling around a golf course, skiing in the southern slopes, chasing surf off the Basque Country coast or canyoning in the Pyrenees.

Are you an employer looking to relocate or mobilise your workforce to Spain? Or an employee interested in relocating? 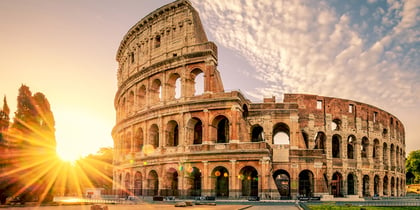