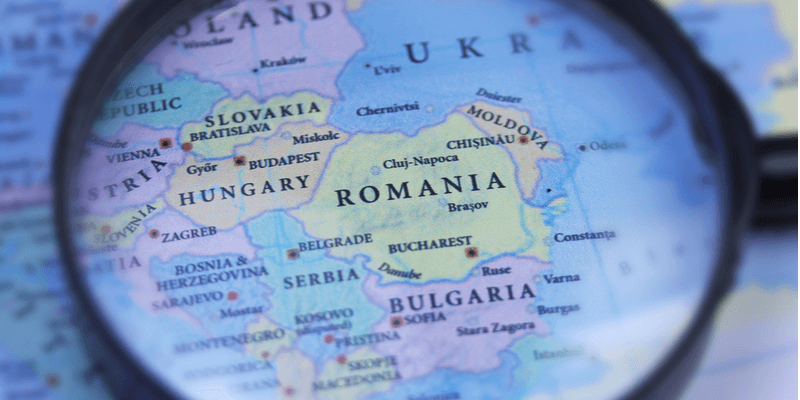 And it is estimated that by 2023 it will come close to USD1.4 trillion. Undoubtedly, we are talking about a sector with a lot of demand that ends up suffering due to a shortage in supply. However, this is where solutions such as human resource outsourcing emerge to transform challenges into opportunities.
Many Western companies have outsourced technology services and pursued software developers internationally, especially in Eastern European countries. The reason? There is a large and highly skilled tech talent pool and they are accessible to even the smallest startups.
But first, let's understand the whole scenario and the details you should consider before outsourcing your talent from Eastern Europe.

The outsourcing industry is generally divided into two services: business process outsourcing (BPO) and information technology outsourcing (ITO). Obviously, both BPO and ITO aim to reduce costs for a company across various professional areas, however, both serve different purposes. 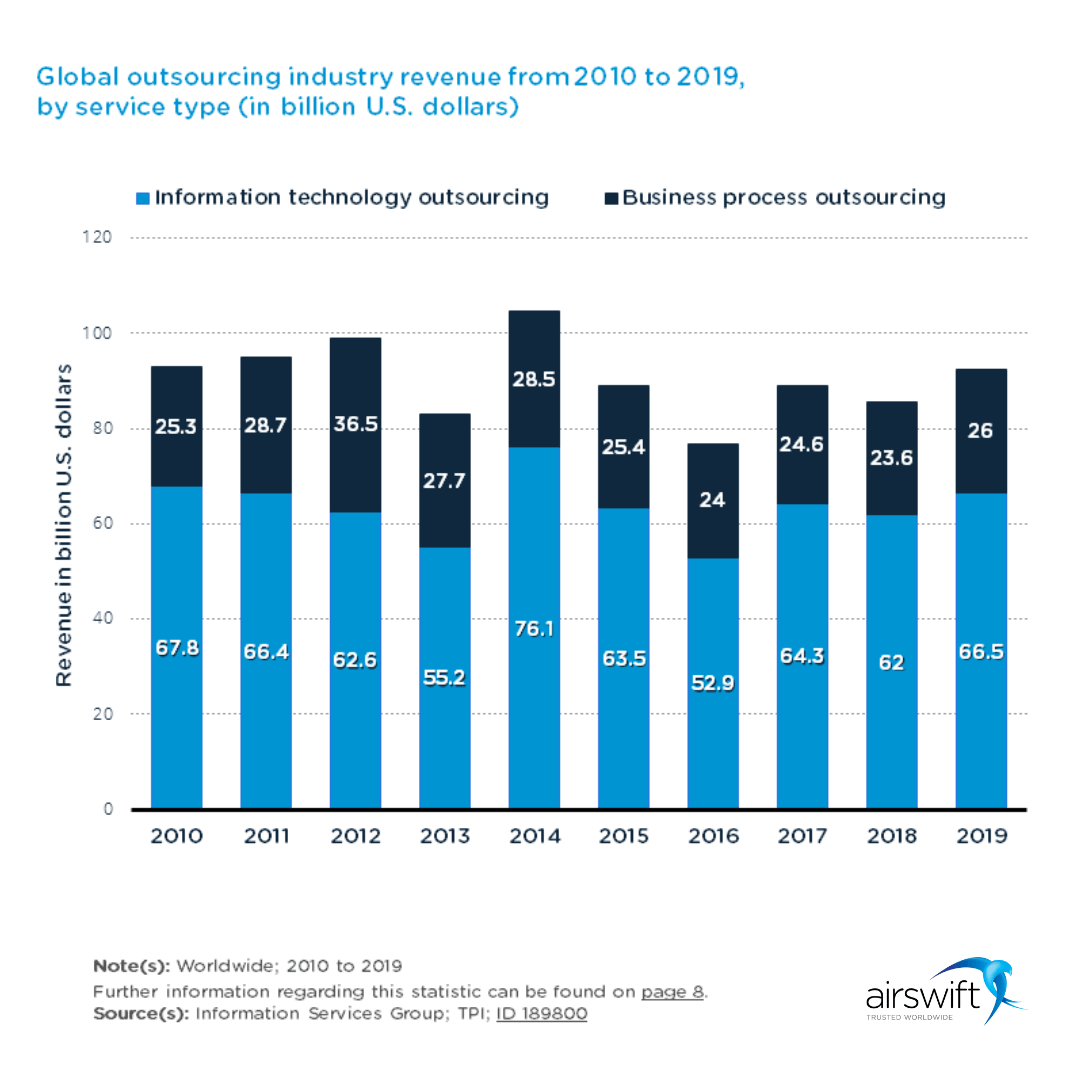 Information Technology Outsourcing represents the majority of revenue from service providers. And that makes sense when we see more and more business processes being tech-based.

Types of work with the most demand

Delving deeper into this history of contracting outsourced services, we see that IT continues to stand out. It is good practice to outsource part or all of your IT infrastructure before hiring BPO services. 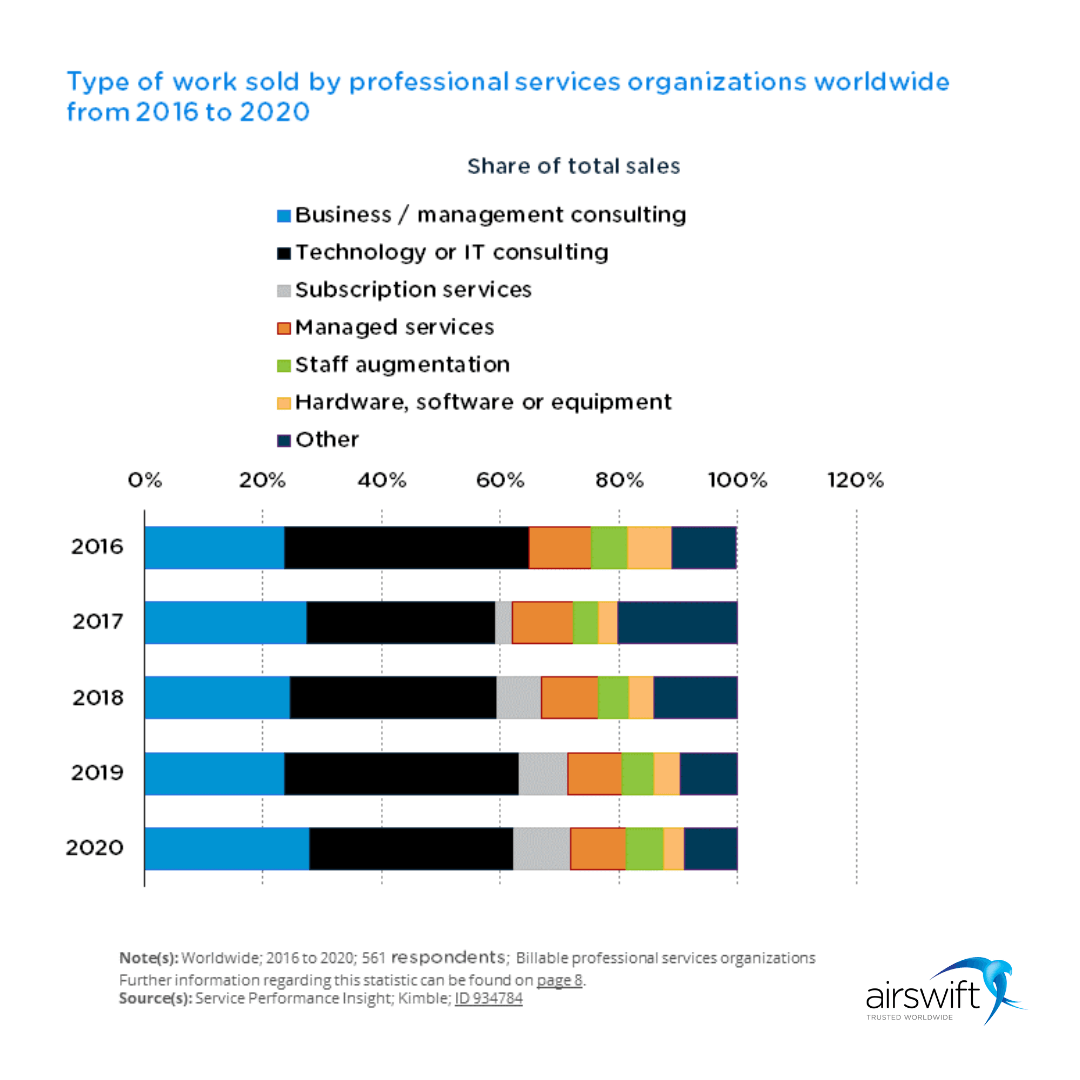 We understand now the importance of IT in the outsourcing business. But how can we measure the impact of Eastern Europe on this market? Luckily, we have good old data on our side to help us with this question. 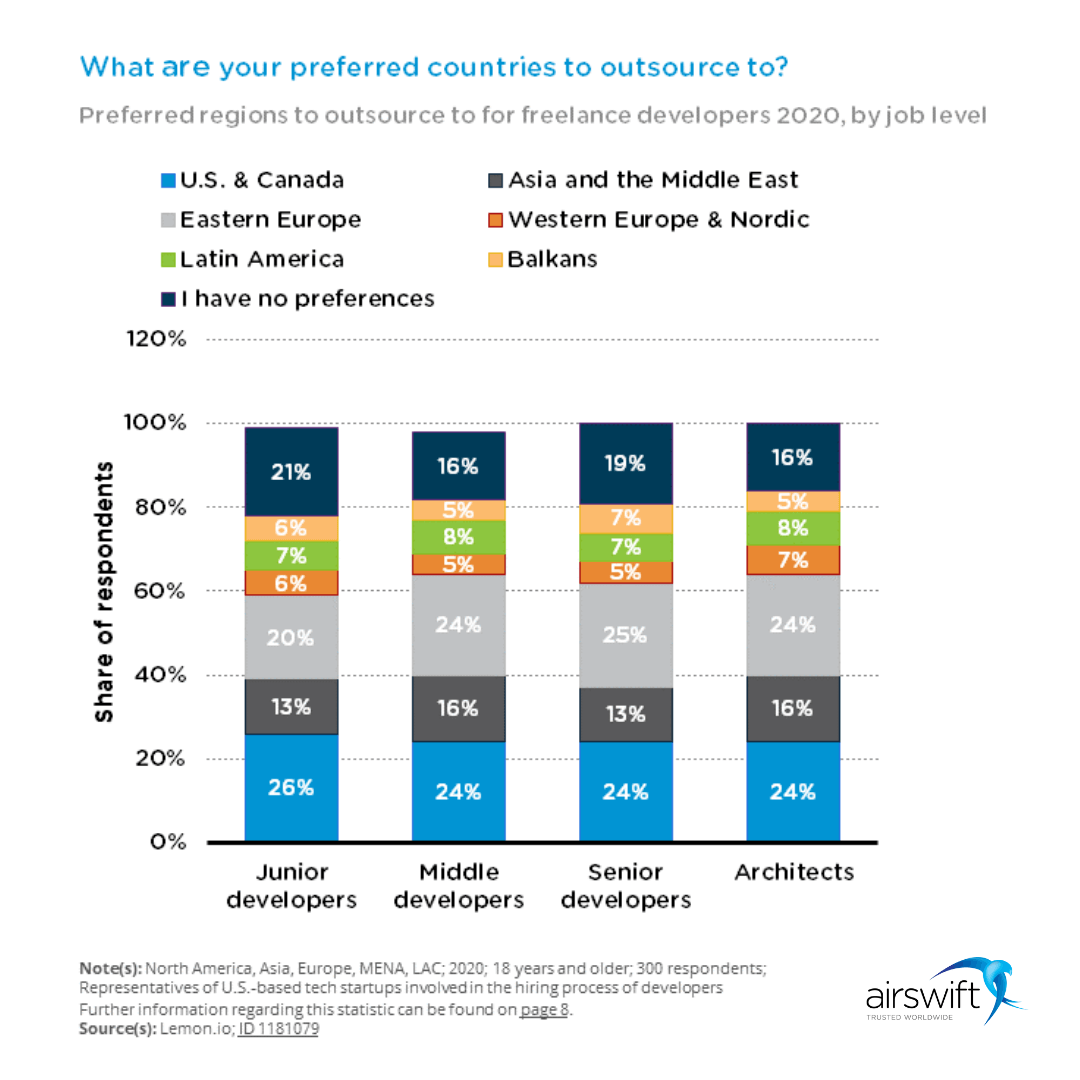 It is impressive to see how Eastern Europe is one of the most popular outsourcing destinations, just like the United States, when hiring developers.
Several factors are behind its reputation as a tech talent hub. Let us address them now.

Why is Eastern Europe good for IT outsourcing?

The workforce profile in Eastern Europe is vastly different from the rest of Europe.

We can justify this uniqueness due to the legacy of the former Soviet Union. The country can undoubtedly invest massively in education, especially in exact sciences. And due to the characteristics of the old regime, both men and women were primed to pursue scientific careers without exercising choice. This however, lowered the gender gap within Eastern Europe’s IT industry.

For example, in countries like Bulgaria, where 28% of Information and Communications Technology (ICT) specialists are women, and Romania, where this number reaches 26%, we can see more clearly the disparity that exists with other countries in the continent. 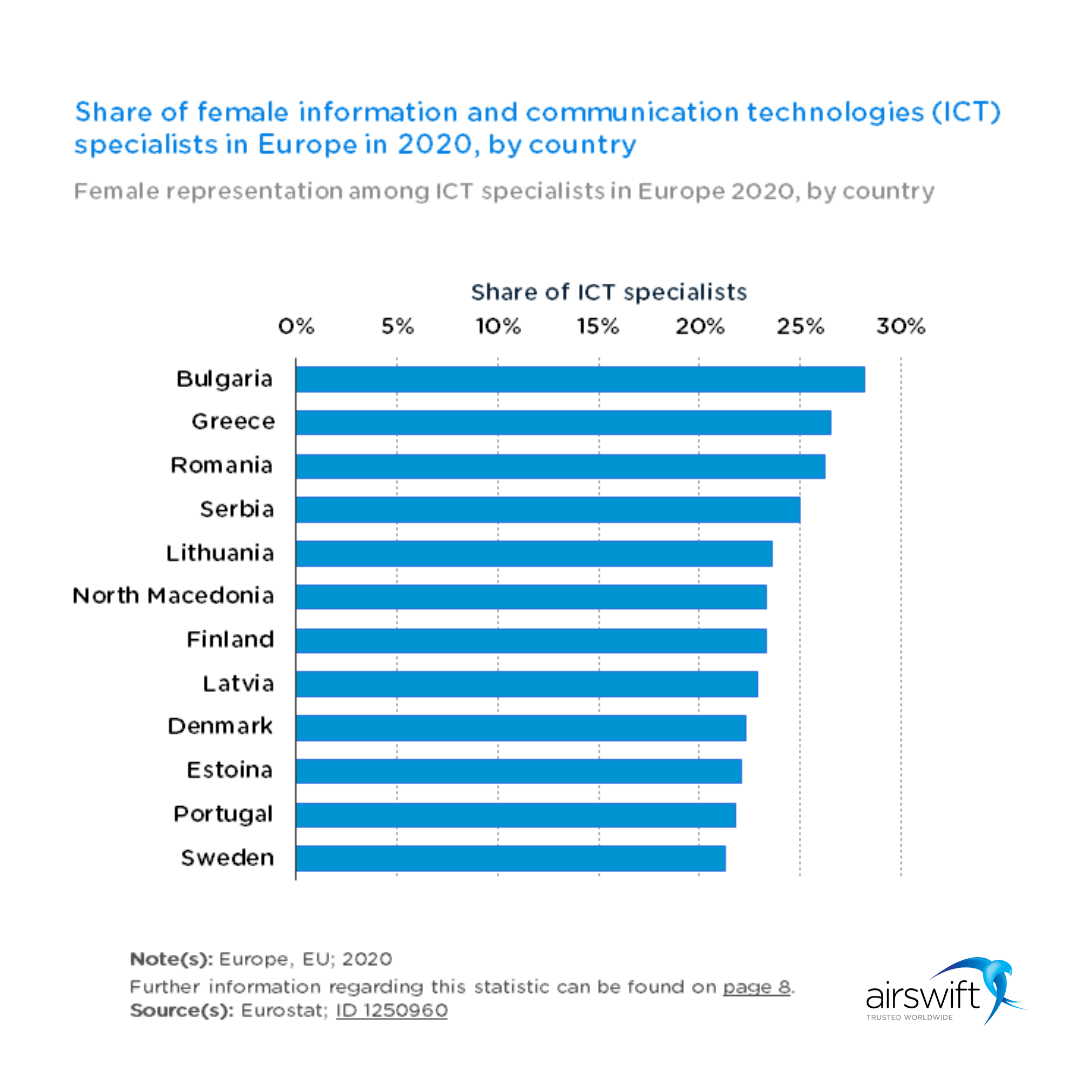 Companies looking to hire professionals from Eastern Europe will encounter minimal difficulties with the language. Most citizens speak English fluently, making communication, whether remote or not, far easier. 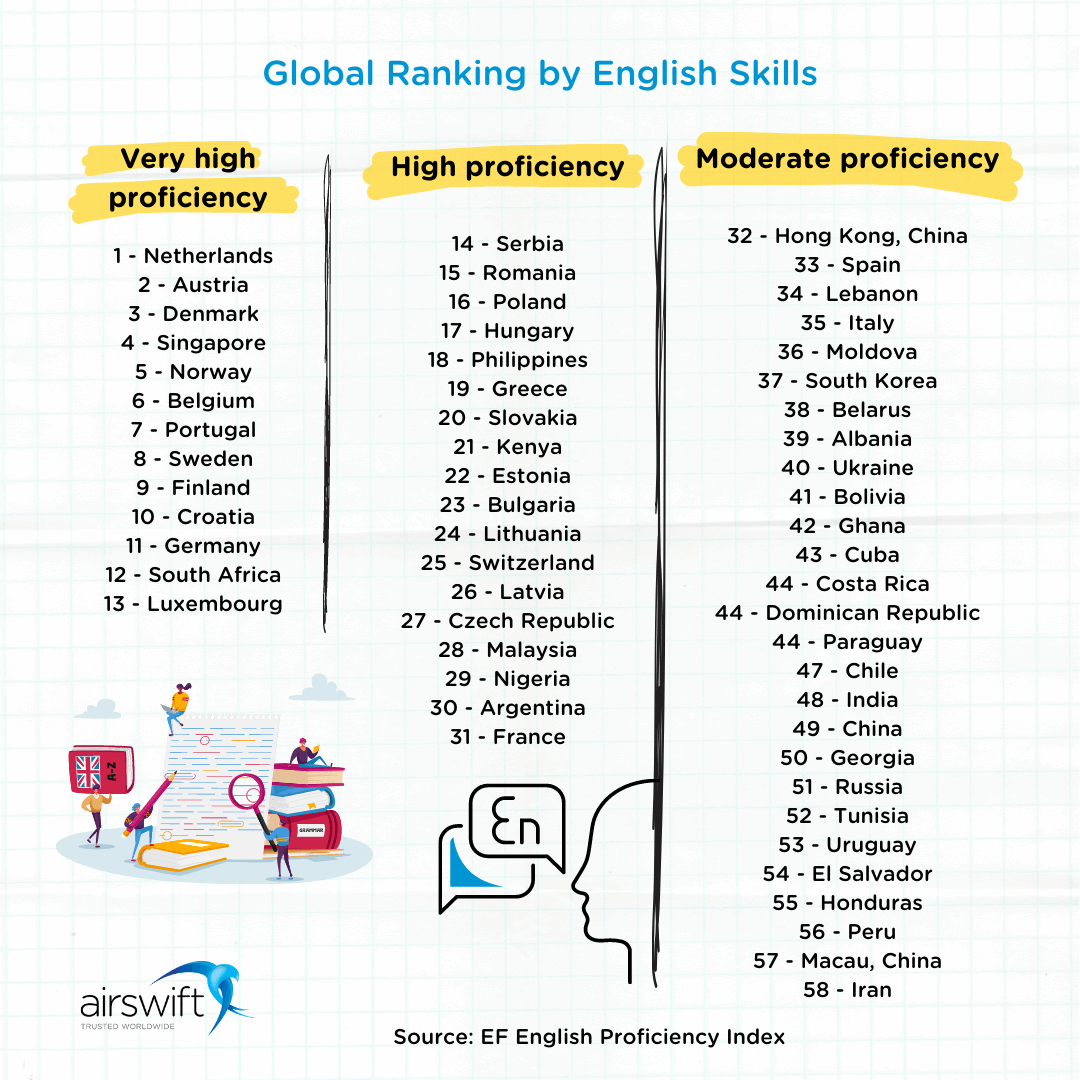 Because these countries are also located in Europe, they are familiar with the continent's cybersecurity standards. The General Data Protection Regulation (GDPR) is the strictest privacy protection law worldwide.
In addition, it is essential to note that this is a relatively new legislation, being put into effect in 2018. This makes European developers far more apt at navigating the standards.
Complying with this regulation is something that impacts the whole organization. Adaptation is necessary, as well as more investments in security, networking and storage, consequently demanding more from the IT team. This also allows greater collaboration with other areas; thus, the other factors discussed so far are necessary: good skills and English in one package.
It is important to note how an Eastern European workforce can be considered much more westernized than other accessible talent such as those from Asian countries. This helps with a better understanding of subjective themes applying the legislation.

Compared to Western Europe, the Central and Eastern region has a more accessible workforce, mainly for small emerging companies. 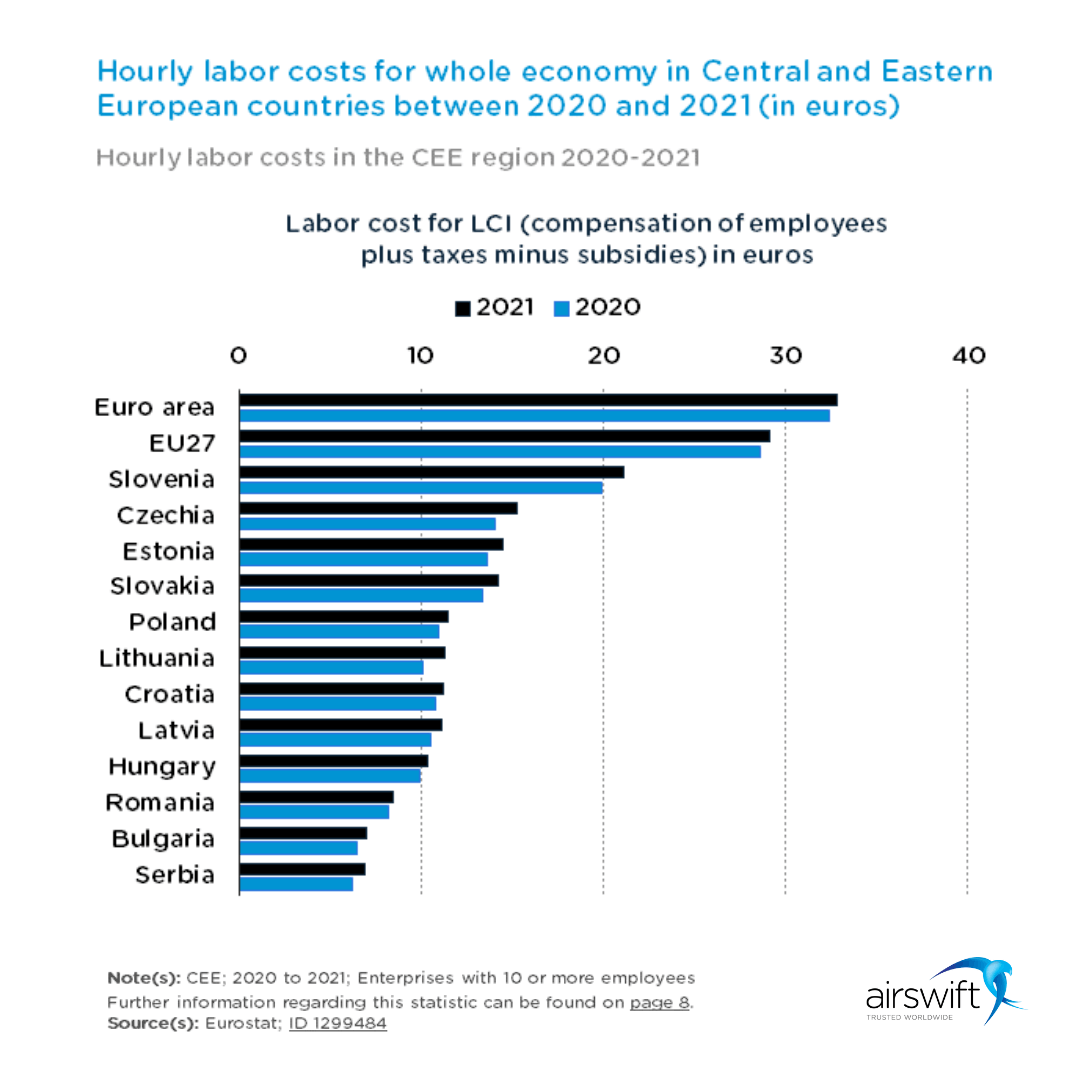 This is one of the most important items to consider when hiring an outsourcing company. Tax collection can be a barrier for doing business in the CEE region. So that's why many turn to a tech partner to outsource their payroll.

And what about now regarding the war?

With the outbreak of war by Russia on Ukraine, Eastern Europe underwent a major change. Obviously, Ukrainians are the most affected by all this. Most of its technology companies and based in Kyiv and the eastern parts of the country, precisely the ones that have been the main target of military attacks. This resulted in a large-scale migration to the West. 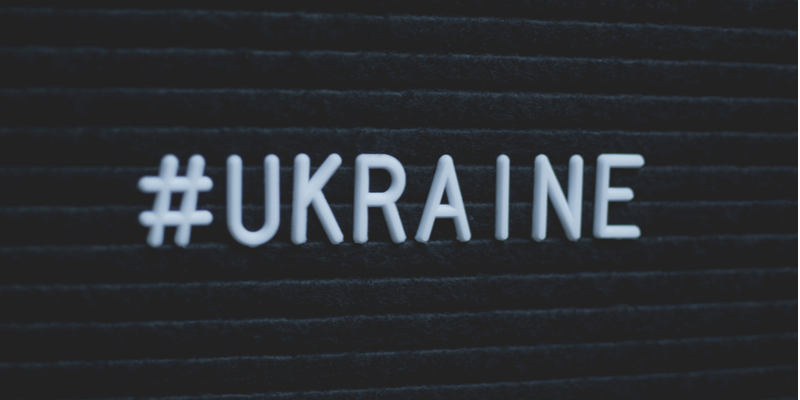 Over 250,000 IT workers are based in Ukraine, and many of them can't leave the country due to the government temporarily suspending this right for men aged 18 to 60.

Developers in Russia and Belarus have also been affected by the conflict. Due to the two countries' alliance, both have been receiving sanctions, which further motivates the developers in these locations to emigrate. 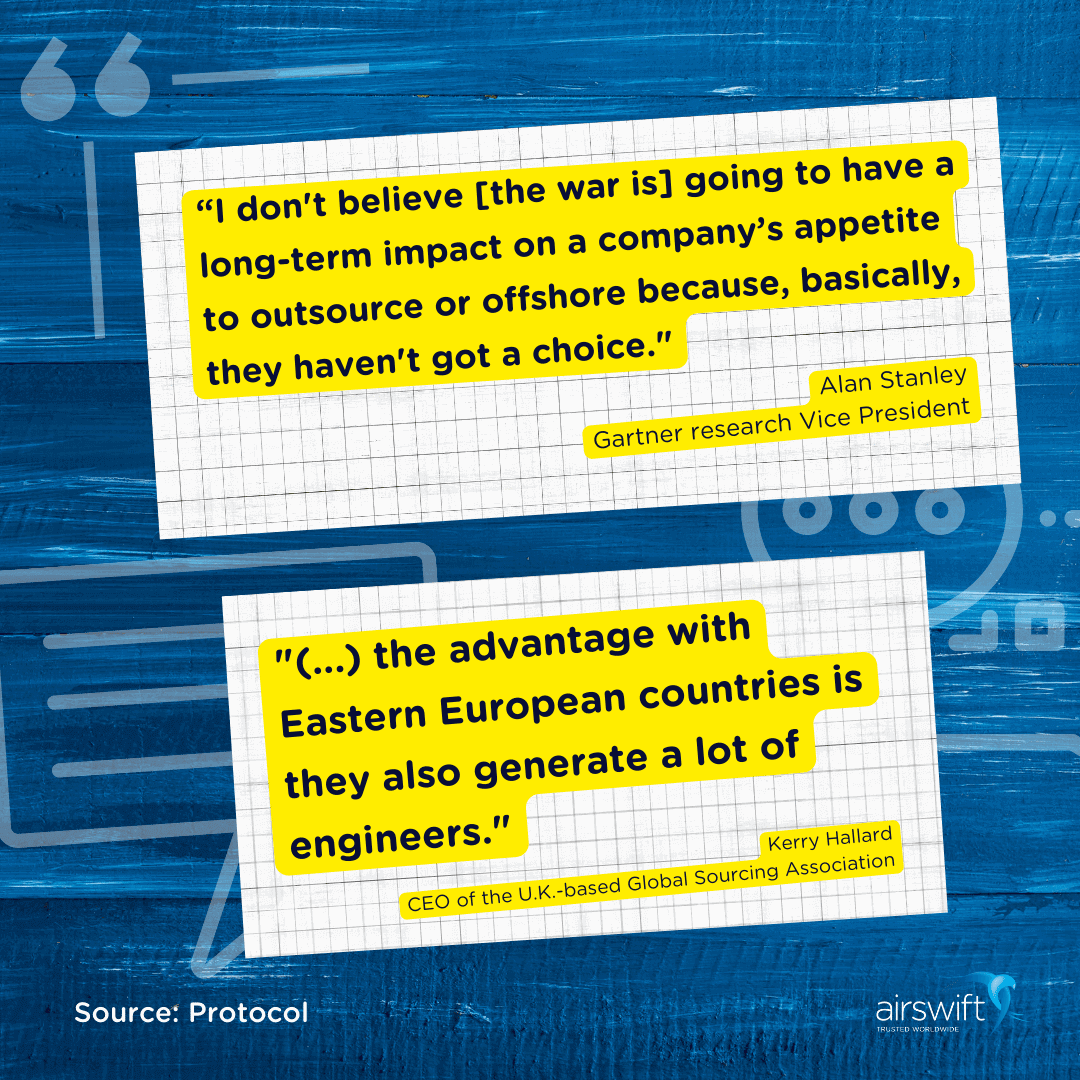 The war may have created huge geopolitical risks, but the market shows no signs of slowing down outsourcing in these countries, as the shortage of tech talent remains a significant challenge.

Eastern Europe and its neighbors

After much talk about the benefits found in Eastern Europe when it comes to outsourcing, it is inevitable to also highlight the advantages of its closeness to South Caucasus — Armenia, Azerbaijan, and Georgia.

Georgia is geographically positioned between Europe and Asia, which guarantees it certain advantages in the trade route between these two continents. But more than that, the country has been showing incredible qualities for business.

This year, Georgia's Gross Domestic Product (GDP) grew by an average of 10.8% from January to April. According to the World Bank, the country is listed as the seventh-best place for "ease of doing business" (ahead of the UK). And another particularity is that Georgia ranks as the world’s third-largest miner of cryptocurrencies.

In 2015, the government of Georgia took a big step towards the country's leading role in global business by lowering taxes to attract investment, supporting reforms, and encouraging tourism in the region. Now, there is an effort to accelerate the country's technological ecosystem and thus further strengthen its vocation as a transit hub between the West and the East, nearshore and offshore.

Another thing that has drawn attention to Georgia's technology ecosystem is the flow of IT specialists from Russia and Belarus. Due to sanctions in both countries, many tech professionals decided to immigrate to Georgia, where they have visa-free travel, and thus continue providing services to foreign customers.

Azerbaijan is another country in this equation that is showing an increase in the development of its technological ecosystem. We are all aware of the country's historic vocation in the oil and gas sector, but the government has clearly shown that it plans to transform the domestic tech sector.

In 2012, the ICT sector grew by 18%, also surpassing the non-oil sector (9.7%). Evidently, the country needs to depend even less on public resources and attract more private capital. That is why there is already a great expectation for reforms that justify this inflow of investments.

But, we all know that when a tech hub is under evolution, its workforce evolves with it. In this way, many tech professionals can be prepared in Azerbaijan.

Your business has a lot to gain by expanding its workforce by outsourcing talent from Eastern Europe. Of course, there is a complexity here, but with the help of the right partner, the solutions will be much easier to apply.

Airswift are well positioned to help you navigate this. With more than 60 offices globally, and over 7,000 contractors, we combine innovation with experience to put you ahead of the competition.

Work with us to find the best talent in the region with a series of customized solutions for your business' needs.

Investment predictions for carbon capture technologies are good, with the US alone able to invest USD$41 billion by 2030. 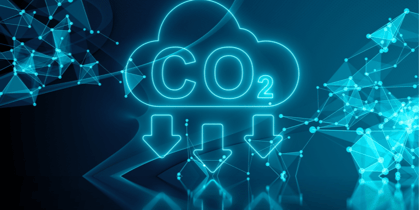 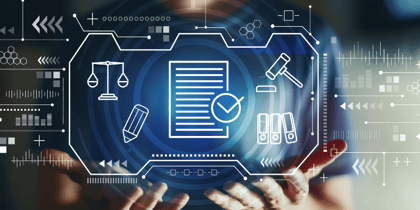 Everything you need to know about Concentrated Solar Power technology

Installation costs for CSP systems have decreased by 18% from 2019 to 2020. And everything indicates that there will be more investments from now on. 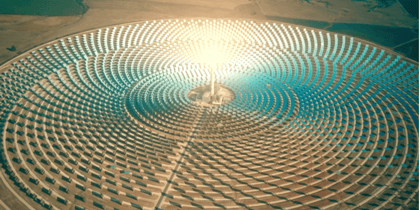