Australia is the world’s largest island and the world’s smallest continent. Famed for great weather, excellent quality of life and vast space, Australia is multicultural and full of charisma. Australia ranks as one of the best places in the world to live by all indices of income, human development, healthcare and civil rights. Australia has a small population that are primarily concentrated in its highly urbanised cities.

Australia came into being with the arrival of British settlers in 1788, with increasing numbers after the discovery of gold in the mid-19th century. The country began its path to independence with the formation of a federal state in 1901 and was largely complete by World War ll. Their independence was fully completed when the last remaining constitutional links with the United Kingdom were severed in 1986. The six states of the federation now retain extensive powers over education, police, the judiciary and transport.

Australia is a free market economy and the 13th largest in the world. Despite a recent financial crisis, economic growth has been continuous since 1992. Much of Australia’s economic success is based on its abundant agricultural and mineral resources, along with information and communications technology.

Are you an employer looking to relocate or mobilise your workforce to Australia? Or an employee interested in relocating?

Perth, Western Australia, Australia
Other - IT IT & Telecoms Permanent 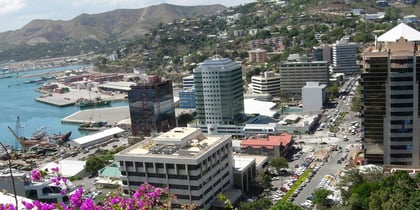