Azerbaijan is the largest of the three South Caucasus states situated between Southwest Asia and South-eastern Europe. In ancient times, Northern Azerbaijan was known as Caucasian Albania and was the site of many conflicts involving Arabs, Kazars and Turks. Azerbaijan is one of the oldest oil producing countries in the world, and has been attracting attention as a new prospect for international oil and gas investment.

Azerbaijan has nine of the world’s 13 climatic zones, from Alpine meadows to subtropics. The climate in the capital city of Baku is of a Mediterranean type, dry and subtropical. Azerbaijan borders the Caspian Sea and has three mountain ranges which cover approximately 40% of the country.

Azerbaijan is a largely secular society and religion is usually considered a private matter. While Azerbaijan does not declare an official religion, 98% of the population is Muslim. It is important to be respectful of local traditions, customs, laws and religions at all times, especially during the holy month of Ramadan or in religious areas.

Azerbaijan has a variety of special attractions and historical sites due to its rich history. We recommend visiting the historic Palace of Shirvanshahs, the famous old Prison and Lighthouse (Maiak) in Lankaran, the beautiful landscape of Heydar Aliyev Park in Khachmaz and the Maiden Tower (Qiz Qalasi).

Are you an employer looking to relocate or mobilise your workforce to Azerbaijan? Or an employee interested in relocating? 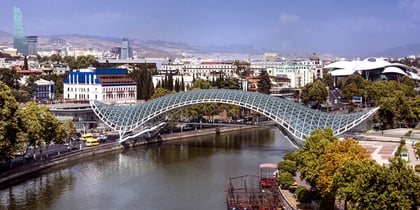 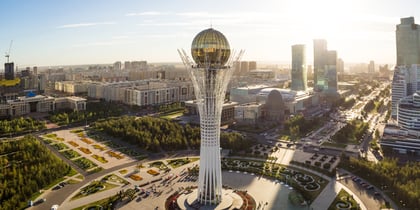