Estados Unidos Mexicanos (United Mexican States) or Mexico is a Federal Republic in North America located south of the United States of America. The country’s capital Mexico City (Ciudad de México) is inhabited by over 15 million people and is one of the largest cities in the world.

Mexico is an incredibly diverse place in terms of not only people, but climates and landscapes. With a land area of 1,972,500 km2, the country boasts mountains, deserts, and rainforests. Additionally, the Tropic of Cancer cuts horizontally through Mexico, causing the climate to differ on each side. To the north, the climate is temperate and relatively dry. To the south, it is much more tropical, with consistent temperatures throughout the year and plenty of rainfall.

Mexico is a friendly and cosmopolitan country, and in major cities, most people in business functions will be well-mannered. Despite concerns for safety, millions of travelers visit Mexico every year without incident, especially in high-profile tourist destinations like Cancun, Playa del Carmen, Cozumel, Los Cabos, and Puerta Vallarta, as well as the business center of Mexico City.

Mexico City offers a variety of cultural experiences, from numerous outdoor adventures like hot air balloon rides, hiking volcanoes, and visiting the over 30 UNESCO World Heritage sites, to art galleries, traditional arts like ballet, and the popular lucha libre (wrestling) events. No matter what your interests or scene, Mexico has it all. 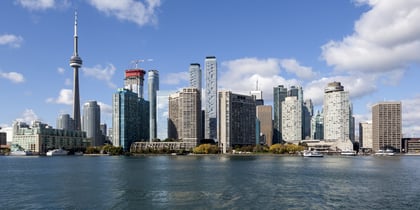