The United Republic of Tanzania is located in eastern Africa, just south of the equator. The country consists of the mainland and the semi-autonomous archipelago of Zanzibar. The national capital is Dodoma, located at the centre of Tanzania and is home to the National Parliament, however the former capital and largest city Dar es Salaam continues to serve as the administrative capital and is one of the fastest growing cities in the world.

Due to is proximity to the equator, Tanzania has a tropical climate that varies from region to region. The hottest period extends from November to February, with average temperatures between 25-31°C (77-87°F). Tanzania is home to the highest (5,895 m) and largest free-standing mountain in the world, Mount Kilimanjaro, as well as three of Africa’s Great Lakes – Lake Victoria, the largest lake in Africa, Lake Tanganyika and Lake Malawi, known locally as Lake Nyasa.

English and Swahili are the two primary languages in business, although English is favoured. A handshake is the most common greeting between professionals and tend to be energetic and linger a bit. The right hand should always be used when shaking hands. Tanzanian culture is rich and diverse, with over 120 ethnic groups making up the population. Learning a few key phrases in Swahili or other local languages is encouraged and welcomed.

While visiting Tanzania, visit some of the amazing natural wonders, including the endless plains and wildlife at the iconic Serengeti National Park, the incredible Ngorongoro Crater, the largest intact caldera in the world and the infamous Mount Kilimanjaro at Kilimanjaro National Park. 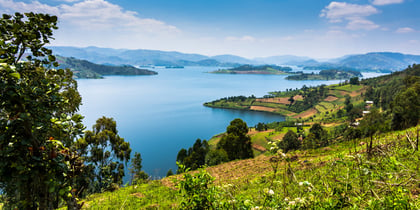