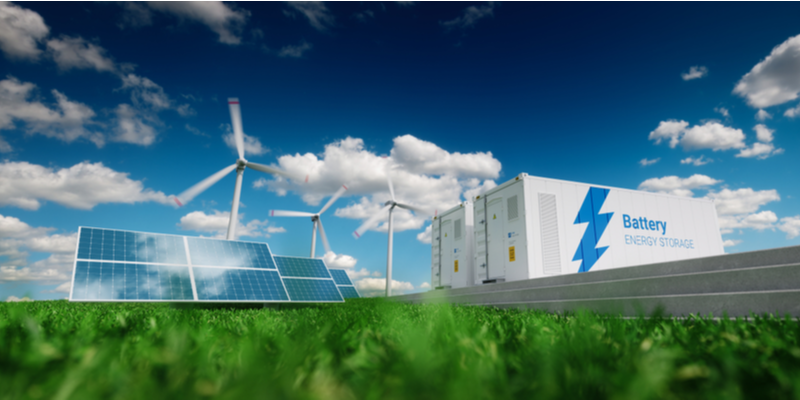 Increasing innovation and demand for reduced emissions has put the energy transition at the forefront of people’s minds. But, can we meet tomorrow’s energy needs and secure a sustainable future? According to the International Energy Agency (IEA), if we ramp up batteries and storage 50-fold in the next 20 years, it is possible.

More patents are being filed in battery technologies than ever before. Battery innovation is playing a key role in the transition to clean energy. New technologies and professionals will help take us there.

As reported in the Innovation in Batteries and Electricity Storage Report, close to 10.000 GWh of batteries across the energy system and other forms of energy storage will be required annually by 2040.

Between 2005 and 2018, patenting activity in batteries and other electricity storage technologies grew at an average annual rate of 14% worldwide, four times faster than the average of all technology fields.

How are batteries changing the future of clean energy?

Batteries are in phones, laptops and cars, but growth in the markets for electric vehicles and stationary electricity storage will make them even more important in the future.

With the rising importance of electric mobility on the demand side, and of variable renewable energy sources (dependent on weather conditions) on the supply side, temporal balancing has become a key challenge.

In order to solve this challenge, there is need to find ways of storing electricity in large quantities and at a price affordable to suppliers and consumers.

The good news is that cost reduction like those experienced through the large-scale production of solar PV are already underway. That's because the cost of lithium-ion batteries in particular has decreased thanks to higher production volumes. Batteries are small‑sized, modular technologies that are potentially well-suited for mass manufacturing.

Many countries have adopted policies encouraging the increased deployment of electric cars, further accelerating the decline in battery prices. Additionally, the power sector now offers growing opportunities for the use of batteries to support the integration of variable renewables such as wind and solar PV into electricity systems.

Lithium-ion batteries are now a technology opportunity for the wider energy sector, well beyond just transport.

Which countries are leading the way in global battery production?

The world’s capacity to make battery cells has expanded rapidly in recent years. Today, manufacturing operations globally can produce around 320 GWh of batteries per year for use in electric cars.

But the global production capacity is unevenly distributed. According to the Global Lithium-Ion Battery Supply Chain Ranking, from BloombergNEF, China dominates the Lithium-ion Battery supply chain in having quickly surpassed Japan and Korea, which were leaders for the majority of the previous decade.

The Global Lithium-Ion Battery Supply Chain Ranking’ also finds that by 2025, China continues to dominate the supply chain while the U.S. and Sweden rise to third and fourth.

The main companies leading the rise of Lithium & Battery Technology are as follows:

Ganfeng Lithium along with Albemarle, SQM, Tianqi Lithium, and Livent control more than 70% of the world’s lithium supply. Established in 2000, Ganfeng is the third-largest lithium compound producer in the world and the leading producer in China.

Countries across Scandinavia are starting to use energy storage systems as a key integrator for renewable energy including solar, wind and hydroelectric.

In December 2020, an ambitious proposal of the new battery regulation was adopted by the European Commission. It aims at minimising both the carbon footprint and the social footprint of the batteries.

High performance, rechargeable lithium-ion batteries that are sustainably produced are central to the transport and energy system. But to meet European demand, at least about 20-30 new large-scale plants for the production of battery cells are necessary.

Sweden strategy for the battery industry

In Bloomberg NEF´s ‘Global Lithium-Ion Battery Supply Chain Ranking’ Sweden is projected to climb from number 10 to number 4 by 2025, only lagging behind China, Japan and the U.S.

To put Sweden as a front runner in the battery value chain, a new national strategy was developed by the government initiative Fossil Free Sweden in cooperation with EIT InnoEnergy.

Five key focus areas are below:

What is driving the Swedish battery boom?

The construction of Europe's largest green battery factory is underway in Sweden focusing on batteries for electric cars and other vehicles. A big driver is the increasing number of renewable energy producers looking for electricity storage, as well as industrial companies.

The country has the highest share of energy production from renewables (53.9%) among EU member states and has hit a massive 49.4% plugin electric vehicle share in December 2020, over 4x the share of December 2019 (11%). 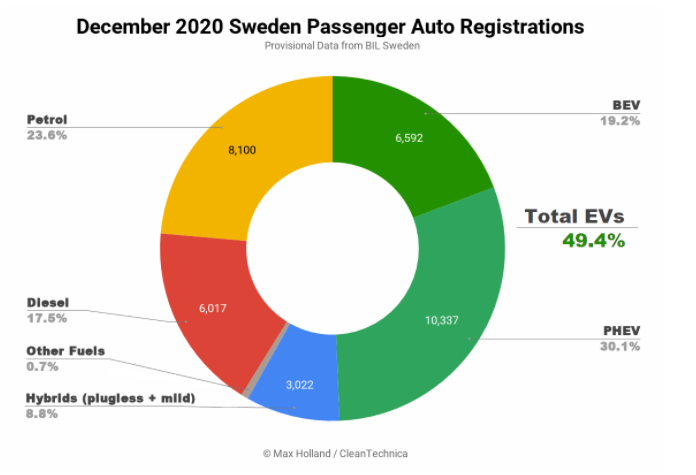 Also, the region has a strong industrial tradition that would support large-scale battery production and is rich in minerals and the leading mining nation in Europe.

The construction of Europe's largest green battery factory is underway in Sweden with a focus on electric cars and other vehicles, but also at renewable energy producers looking for electricity storage, as well as industrial companies.

Norway is the largest electric vehicle market in Europe and became the first country in the world where the sale of electric cars has overtaken those powered by petrol, diesel and hybrid engines last year, accounting for a record of 54.3% market share

With dozens of massive new lithium-ion battery factories planned or already under construction in Europe, Panasonic and Equinor are investigating the potential for a “green battery business” in Norway.

They have signed a Memorandum of Understanding (MoU) to form a strategic partnership to explore possibilities for establishing a sustainable and cost-competitive European battery business in the region.

Finland has a rich stock of minerals needed to power batteries, low power prices and closeness to European manufacturers. Because of that, the country is looking for investors to help it build a new industry around electric-vehicle batteries over the next half-decade. For now, Finland lacks expertise in battery cell production but has the potential to increase.

Direct job creation would be limited to specialised profiles in engineering. However, additional jobs would be likely to come indirectly from the development and maintenance of related infrastructure, such as electric vehicle recharging stations.

The development of sustainable battery production is not only important for achieving climate goals but also enables the emergence of a competitive industry that creates growth and jobs throughout the battery value chain.

Airswift is committed to the energy transition. We know that specialist professionals in the battery system play a key role in a sustainable future.

We are working on several projects with key companies, such as Northvolt (Sweden), and BASF (Finland), providing workforce solutions.

Airswift is the agency of choice for world-leading renewable energy businesses, with over 60 offices worldwide, 800 employees, and 7,000 contractors.

If you are looking for your next role in this sector, contact us.

Looking for a battery job?