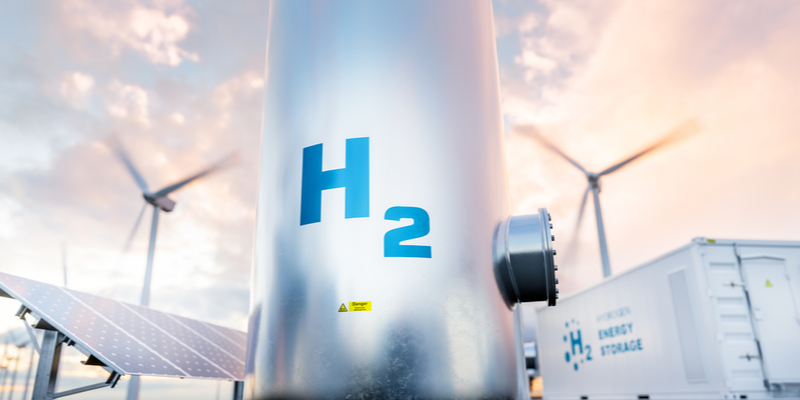 Most of the investments dedicated to the energy transition have gone towards solar, wind, and electric vehicles globally. However, Green hydrogen – hydrogen produced from renewable energy – plays a key role in a clean future.

It is notably recognised in the decarbonisation of hard-to-abate sectors, like replacing fossil fuels in non-energy processes and products, such as steel, fertilisers and plastics production.

Green hydrogen has been on the table as a clean energy solution for a long time. But only within the last few years have we seen a deep dive into this topic. Currently, there is unprecedented momentum worldwide to fulfil hydrogen’s longstanding potential.

How can hydrogen help achieve a clean, secure and affordable energy future?

According to the World Energy Transition Outlook (IRENA, 2021), green hydrogen and its derivatives will account for 12% of final energy use by 2050. Together with electricity, it will represent 63% of final energy consumption.

Also, according to Hydrogen Roadmap Europe: A sustainable pathway for the European Energy Transition, a recent study developed with input from 17 leading European industrial actors believes that hydrogen can account for 5.4m jobs by 2050.

Hydrogen is an increasingly important piece of net-zero emissions by 2050. It can reduce up to 60 Gt CO2 emissions between 2021 and 2050, representing 6% of total cumulative emissions.

First, a quick overview of the terminology.

In short, Hydrogen is a clean alternative to methane and the most abundant chemical element in the universe. It can be produced from natural gas, nuclear power, biogas and renewable power, like solar and wind.

Today's biggest challenge is harnessing hydrogen as a gas on a large scale to fuel our homes and businesses. The primary sources of hydrogen in a low-carbon economy: can be defined by colours, depending on production methods: green, grey and blue.

However, green hydrogen is the only type produced in a climate-neutral manner making it critical to reach net-zero by 2050.

Green hydrogen is produced by splitting water into hydrogen and oxygen using renewable electricity. This is a very different pathway compared to both grey and blue.

Grey hydrogen is produced from natural gas in a highly polluting process (steam reforming) that has 10 kg of CO2 for every kilogram of hydrogen. Today, 98% of hydrogen globally comes from fossil fuels.

Blue hydrogen follows a similar process as grey, with additional technologies for carbon capture produced when hydrogen is split from methane (or from coal) and stored for the long term. Capturing a large part of the CO2, the climate impact of hydrogen production can be reduced significantly.

Which regions are leading the way in Green Hydrogen?

According to the World Energy Council, national hydrogen strategies are in place or preparation in at least 20 countries. By 2025, countries representing more than 80% of global GDP are expected to have their hydrogen strategy. At the UN Climate Conference, COP26, governments and industries featured Green hydrogen to decarbonise heavy industry, long haul freight, shipping, and aviation.

The Green Hydrogen Catapult -a United Nations initiative launched in 2020 to bring down the cost of green hydrogen and scale up its production capacity- announced a commitment recently for 45 GW of electrolysers to be developed with secured financing by 2026, with targeted commissioning in 2027. The initial goal set by the coalition was 25 GW.

In March, the European Commission set out its RepowerEU. This ramps up the Commission’s hydrogen strategy launched in 2020, which called for €470 billion in investment by 2050 and set the goal of producing up to 10 million tonnes of the renewable version of the gas each year by 2030. Now, RepowerEU has boosted this number by an extra 5 million tonnes and another 10 million tonnes of imported green hydrogen.

It is time we tackle our vulnerabilities and rapidly become more independent in our energy choices. Let's dash into renewable energy at lightning speed. Renewables are a cheap, clean, and potentially endless source of energy and instead of funding the fossil fuel industry elsewhere, they create jobs here.

The hydrogen economy could stimulate job creation and economic growth. Several national hydrogen strategies highlight jobs as an essential driver of hydrogen development, with opportunities to reskill the existing workforce and upskill a new workforce.

Green hydrogen is growing fast. Many companies are now looking to hire, and some of the highly-demanded skills are transferable from adjacent industries.

Airswift knows the challenges in the sector and can support both candidates and companies by presenting the best staffing plan to help business participants to unlock the industry’s full potential.

See below some of the roles and skillsets in the hydrogen sector:

Looking for your next hydrogen energy job? 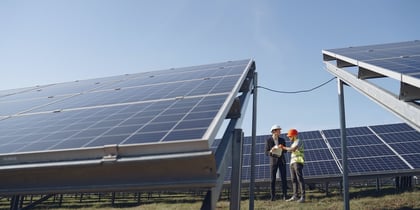 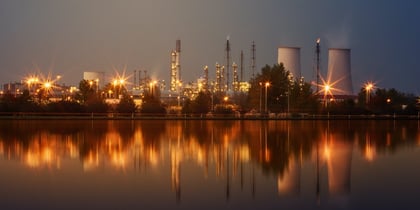