8 UK offshore wind projects to reach a Green Revolution. What is the plan for net-zero? 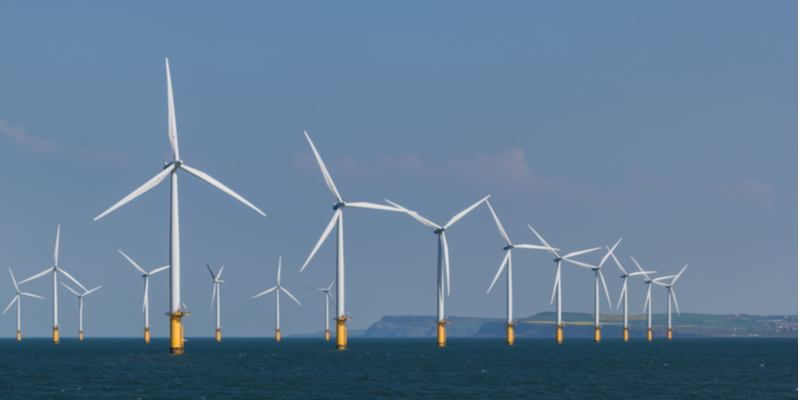 With more offshore wind capacity installed than any other country – almost 11GW – the United Kingdom is an example for the world aiming at a net-zero carbon footprint.

The government’s goal is to reach 40GW of offshore wind by 2030 and net-zero emissions by 2050. This is the most ambitious offshore wind target in Europe.

The development of offshore wind power plays a key role in the UK government’s plans for a ‘Green Energy Revolution’. Just a decade ago, around 40% of the UK’s electricity came from coal. Last year, that figure had dropped to about 2.4%.

The UK is showing that a green-powered future is possible. The region has about 35% of global installed offshore wind capacity and is home to seven of the world’s 10 biggest sites.

The Hornsea One project, inaugurated last year just off England’s Yorkshire coast, is the world’s largest operational wind farm. With 174 offshore wind turbines, the electricity produced is enough to power over a million homes with clean energy.

The Crown Estate and the next generation of offshore wind projects

In early 2021, the Crown Estate auctioned seabed rights that will allow about 8 gigawatts of new wind farms, enough to power more than 7 million homes.

According to BloombergNEF, the global cumulative capacity can breach the 200GW mark, reaching 206GW, by the end of the decade. The installations will peak in 2030 at 28.5GW – triple the current level of installations. 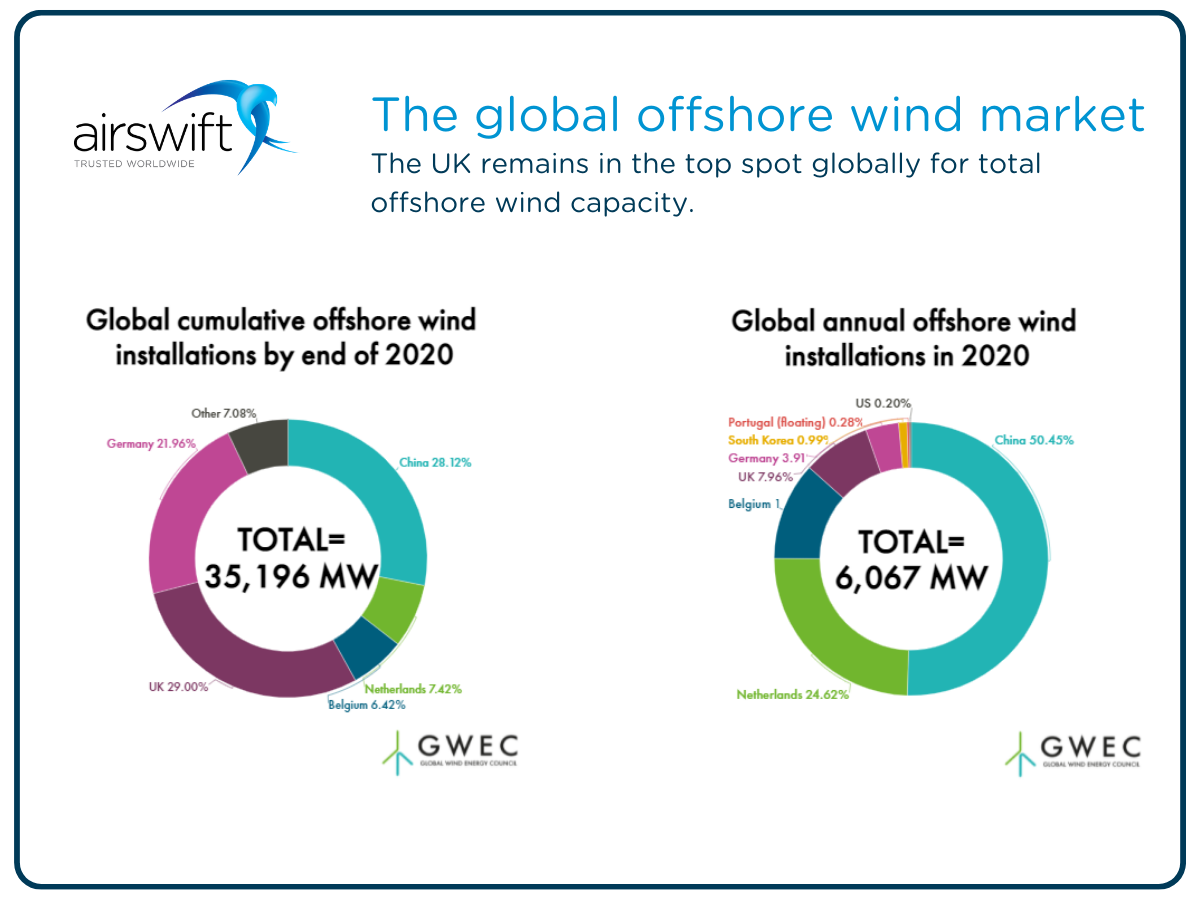 Green jobs in demand and market trends in the UK

There are more than 430,000 jobs in low carbon businesses and their supply chains across the country and 7,200 are directly employed in offshore wind.

The energy transition will be realised through an industry investment of up to £250 million, supporting better, high-paying jobs right across the UK and increasing the representation of women in the offshore wind workforce to at least a third by 2030.

Also, the government is committed to providing long term certainty to underpin investment, making up to £557 million.

Many professionals will be required for the UK to deliver 40GW of offshore wind by 2030. Transferrable skills from other sectors, especially Oil & Gas, can support the offshore wind sector.

We are currently partnering with many companies in the sector with demand for the following roles and skill sets.

Commissioning Manager
Want more insight into talent trends in the renewable energy industry? Click the link below to download our latest whitepaper.

What are the reasons for the offshore wind energy boom in the UK?

The location is perfect to harness the power of the wind because it is the gustiest country in Europe. Offshore wind is stronger, more powerful and more consistent than onshore wind, which means it can generate more energy.

But, until recently, the technology needed was expensive. Since 2012, the cost of electricity from offshore wind has fallen by more than 66%, making it cheaper to build offshore wind farms than new fossil-fuel power plants in northwestern Europe. 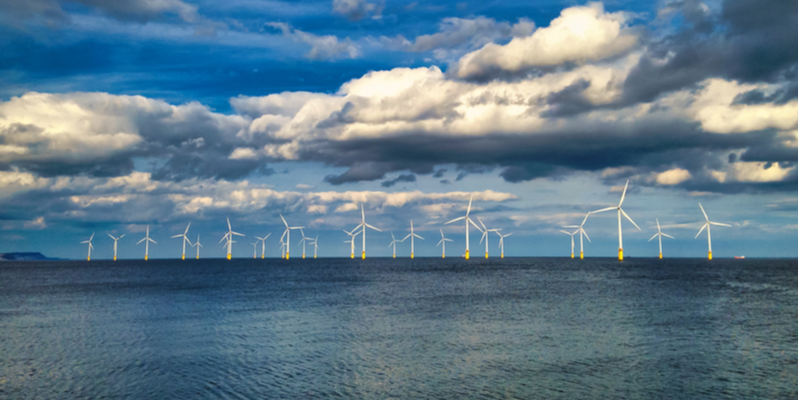 This cost reduction can be explained in part by larger turbines and technological advances, such as the development of lithium-ion batteries, an essential element to ensure continuity of supply from weather-dependent sources.

Also, the Offshore Wind Sector Deal agreed with the UK Government has given developers,  the financial sector, supply chain and renewable energy companies the confidence needed to invest, reinforcing the strategy to build a Britain fit for the future.

Hornsea Two Offshore Wind Farm is located approximately 89 km off the Yorkshire coast in the North Sea. It is the sister project of Hornsea One, the world's largest offshore wind farm.

Hornsea Two is in the construction phase and becomes fully operational in 2022. Operated by Ørsted, the project will have a capacity of 1.4GW, providing power to well over 1.3 million homes.

The wind farm will use 165 Siemens Gamesa turbines and deliver 20% more annual output than those used for Hornsea One. With that, Hornsea Two will overtake the first project as the world’s biggest offshore wind farm.

Dogger Bank Wind Farm is a project developed in three phases - Dogger Bank A, B and C - between 130km and 190km from the North East coast of England at their nearest points.

Collectively, they will become the world’s largest offshore wind farm, with an installed capacity of up to 3.6GW and will be capable of powering up to 6 million homes.

The project, a 50:50 joint venture between Equinor and SSE Renewables, will have a lifetime of up to 35 years. The first phase, Dogger Bank A, is expected to be operational in 2023.

Moray West is an offshore wind farm with a total installed capacity of up to 850MW.

Comprising of up to 85 turbines, the project will be located approximately 22.5 kilometres from Caithness in the Moray Firth of eastern Scotland. Tip heights will reach 285m.

The project is aiming to be fully operational in 2024/25 with a lifetime of 25 years.

Sofia Offshore Wind Farm is located on Dogger Bank, North Sea, and will have a capacity of 1.4GW, providing power to well over 1.2 million UK homes.  Owned by RWE, the project will have 100 turbines.

Initial works have now started at Teesside ahead of construction of the onshore converter station and electrical system in early 2022. Final completion of the project is expected by Q4 2026.

The project will require an investment of approximately £3bn.

The works, which represent an investment of GBP 6,500 billion, are located in the East Anglia area, specifically, in the southern area of the North Sea.

Operated by Iberdrola — through its UK subsidiary, ScottishPower Renewables — the construction of the East Anglia Hub will probably start in 2023 and finish in 2026.

Operated by Blue Gem Wind, Erebus is the first project in a stepping stone approach to developing floating wind in the Celtic Sea, in Wales.

It is a development of a floating offshore wind demonstration project with a total installed capacity of 96MW. The project will likely feature up to 10 turbines on WindFloat platforms being developed by Principle Power.

Floating wind is a technological innovation that will be key in the fight against climate change. Over 80% of the global wind resources are in water deeper than 60 metres.

In late-stage development, the Inch Cape Offshore Wind Farm, will see up to 72 turbines located 15 km off the Angus Coast and connect to the National Grid at Cockenzie, East Lothian.
In Summer 2020, Inch Cape also secured approval to increase its generation capacity to up to 1 GW from around 700 MW. So, once complete, it will be one of Scotland’s largest single sources of renewable energy and power up to 1 million homes with clean electricity.
Electricity from Inch Cape will be transmitted via subsea export cables to an existing National Grid Electricity Transmission connection at the former Cockenzie Power Station in East Lothian.

Seagreen is an Offshore Wind Farm project located 27km off the coast of Angus in the North Sea firth with an installed capacity of 1,075MW. The project will provide enough green energy to power more than 1.6 million homes, equivalent to two-thirds of all Scottish homes.
The wind farm is a £3bn joint venture between TotalEnergies (51%) and SSE Renewables (49%) and will be Scotland’s largest and deepest offshore wind farm when complete.
The first power is expected by early 2022 with the offshore wind farm expected to enter commercial operation in 2022/23.

The industry is changing, and we understand the challenges facing the offshore wind sector. From our offices in the United Kingdom, we connect international talent to the biggest wind energy projects and support clients throughout the whole offshore wind project lifecycle.
With over 60 offices worldwide, 800 employees, and 7,000 contractors, we have successfully placed both permanent and contract personnel across a wide range of offshore wind energy disciplines.
This includes the areas of cable engineering, offshore installation, fabrication and inspection, commissioning and O&M. We can help you find the best wind energy talent.