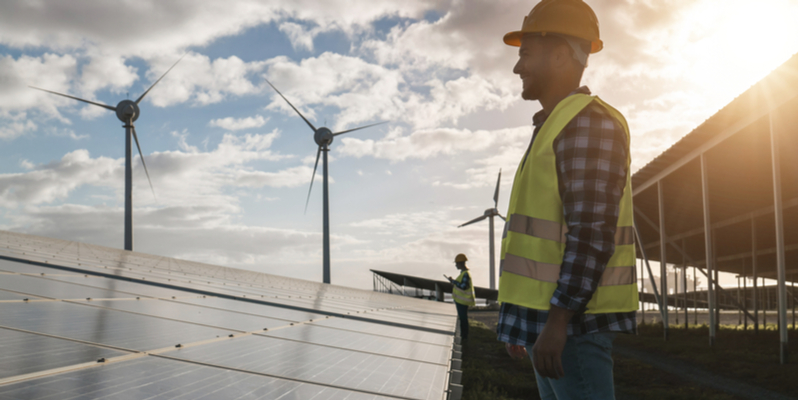 The future depends on clean energy, and Australia knows that. Renewable electricity generation has more than doubled over the last decade in the region, with 27,7 per cent of the country’s electricity coming from green sources in 2020.

The best news is that the shift shows no sign of slowing down. The benefits of the energy transition can already be felt by the population, with the industry employing 30,000 Australians.

And the high number of renewable energy projects predicted for construction until 2030 will probably create more and more job opportunities.

Wind and solar are leading the way, but the country follows investing in hydro and bioenergy and developing the battery storage and hydrogen sectors. The share of renewables in total electricity generation in 2020 was the highest since levels recorded in the mid-1960s.

But there are still 24 coal-fired power stations operating in the country. So, can Australia really have a net-zero carbon footprint?

Figure 1: Australian electricity generation from renewable energy sources in gigawatt hours from 1994-95 to 2019-20. The composition of energy technologies has diversified significantly as wind and solar capacity has come online, with the share of hydro declining. Source: Department of Industry, Science, Energy and Resources.

What are the barriers to making a green revolution in Australia?

Coal accounted for 62% of annual electricity generation in 2020. To run net-zero carbon emissions, specialists believe that the country will need to be even more consistent in its government policy. One suggestion would be to build a plan to close coal-fired plants like Germany has, aiming to be coal-free by 2038.

Also, the clean industry will need to overcome ongoing grid connection and transmission challenges in the energy system. Watch the video below, "The Green Recovery: how Australia can clean up its act on energy", to learn more about it.

Another challenge faced by the industry is to convince Australians that a 100 per cent renewable future is not only possible, but it's also already happening and benefiting the population. Part of the Australians still doesn't know its advantages.

Because of that, Clean Energy Council Australia has launched a campaign called Renewable Energy is Here Now, spreading facts about the sector, for example:

According to the Clean Energy Council Chief Executive, Kane Thornton, there is a clear business case for renewable energy.

The reality is, we know most Australians support renewable energy, but the climate debate has meant that a minority of loud voices have misled the public, resulting in some Australians feeling uncertain about a future powered by clean energy.

This campaign is about ensuring all Australians are certain about the facts and feel part of the exciting transition already taking place. It celebrates the work that the clean energy industry has already done to make a real difference to everyday Australians – lowering energy costs, delivering quality jobs and careers, and creating thriving, resilient communities.

Green jobs in demand in Australia

According to the Clean Energy Australia Report 2021, the construction boom for large-scale renewable energy projects has provided 10,395 MW and 13,502 jobs since 2017.

With continued acceleration in clean energy generation expected to 2022, we can anticipate an increase in renewable energy jobs. Hiring managers will need to consider both how to retain and attract talent to meet project demand.

Clean Energy at Work estimates that by 2035 half of the permanent jobs created within Australia’s renewable industry will be within operations and maintenance. 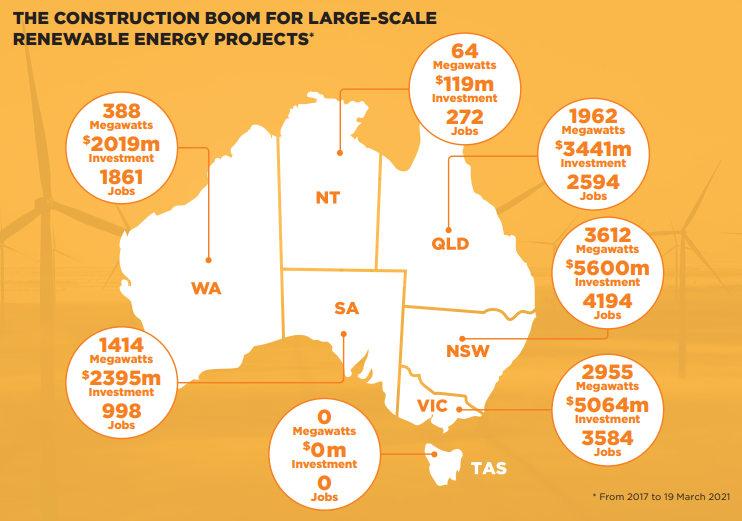 We are currently partnering with many companies in the sector, supporting projects through the full project lifecycle from design to construction. See below some of the roles and skillsets in Australia:

From the offices in Brisbane and Perth, our Renewable Energy division has been the best performing and fastest-growing division within ANZ since 2019. Today, there are 33 renewable energy projects supported in the region.

The Australian continent has the highest solar radiation per square metre of any continent, making it the best solar energy resource in the world. Fortunately, the country is taking this advantage to change the future.

There were 22,000 jobs in solar in 2020 and there are 109 solar projects slated for the next 5 years with a total value of $35bn. The regions spending the most in the sector are Queensland, New South Wales, and South Australia.

Read about the top 3 solar energy projects in the coming years. 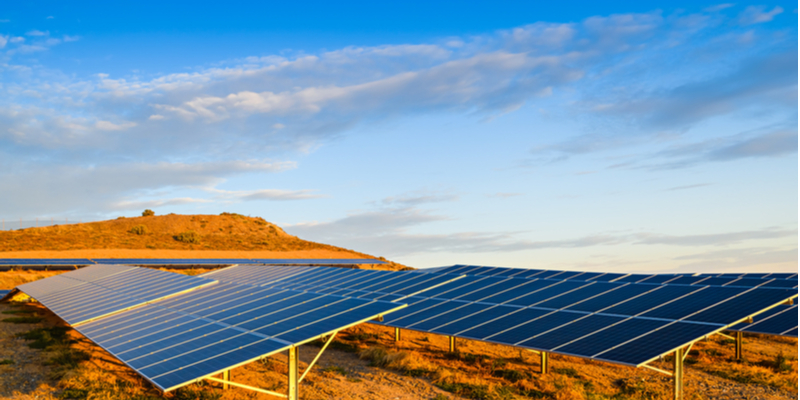 This project can be the world's largest solar farm, battery storage, and undersea cable facility in the Northern Territory, with a 5,000 km transmission system to supply Darwin and Singapore.

The AAPowerLink project would integrate a 17-20 GWp solar farm and a 30 GWh battery storage, creating 1500 construction jobs and 350 ongoing jobs.

The construction is due to start in 2023 and the operational phase in 2028.

With a capacity of 330MW solar generation featuring 100 MW battery storage near Morgan in South Australia, the project will include 3.4 million solar panels and 1.1 million batteries.

The demand for electricity in South Australia can reach more than double a typical day's demand during extremely hot periods when air conditioners are increased.

Proposed by Lyon Group, the project is designed to provide extra generation to meet peak demand. Riverland Solar Farm and Storage remains on hold, and the completion date is slated to 2022.

This park will comprise some 250MW of solar PV and 300MW of wind turbines. The project is developed by DP Energy and will also incorporate battery storage. The project is in the planning stage.

The region has an enormous potential to generate energy electricity from wind, reducing emissions. Currently, there are over 20 new wind farms being built right now, supporting 8000 jobs in Australia.

Also, there are 68 wind projects slated for the next five years with a total value of $40bn. The regions spending the most in the sector are New South Wales, Queensland, Victoria, and South Australia.

Read about the top 3 wind energy projects in the coming years. 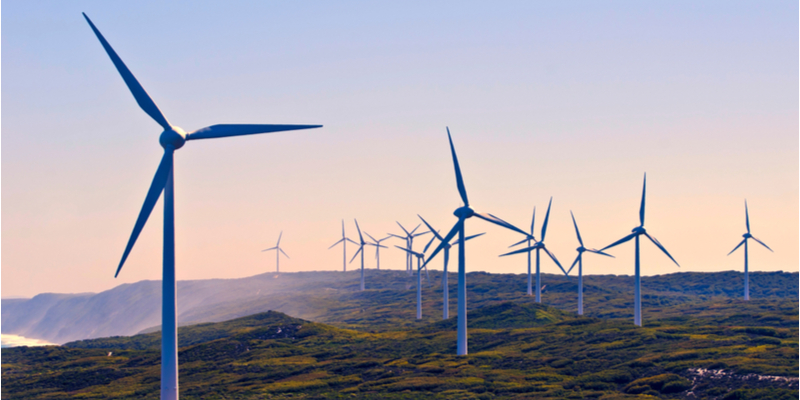 Planned to begin construction in 2022 and become fully operational in 2024, MacIntyre Wind Farm is one of the largest onshore wind farms in the world today.

The project will be developed by ACCIONA and CleanCo in Queensland, boosting the government's decarbonisation strategy.

With a 1,026-MW of capacity, this wind farm will produce energy enough to power 700,000 households, avoiding 3 million tons of CO2 and creating 400 new jobs.

2. Star of the South

Located off the south coast of Gippsland in Victoria, this offshore wind farm would generate up to 2.2 GW of new capacity, powering around 1.2 million homes across the state once completed.

Star of the South is in the early feasibility phase, with site investigations and environmental studies underway. But the project includes a transmission network of cables and substations to connect the offshore wind farm to the Latrobe Valley.

Over its lifetime, around 2,000 direct jobs in Victoria, including 760 Gippsland jobs during construction and 200 ongoing local jobs once it’s up and running.

Located to the south, south-east and west of Rokewood, within the Golden Plains Shire, this onshore wind project will consist of up to 228, 3-5 MW wind turbines, generating over 3500 GWh per annum of electricity.

It’s enough to power more than 500,000 homes and prevents more than 3.5 million tonnes of carbon dioxide emissions into the atmosphere each year. Golden Plains Wind Farm project is currently undergoing a planning stage and is expected to be fully completed in 2025.

Looking for your next renewable energy job in Australia? 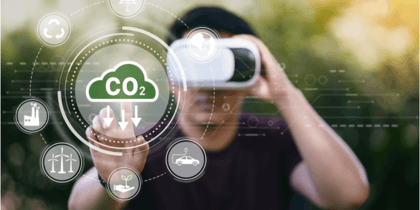