5 wind farms to watch in Norway, the green battery of Europe 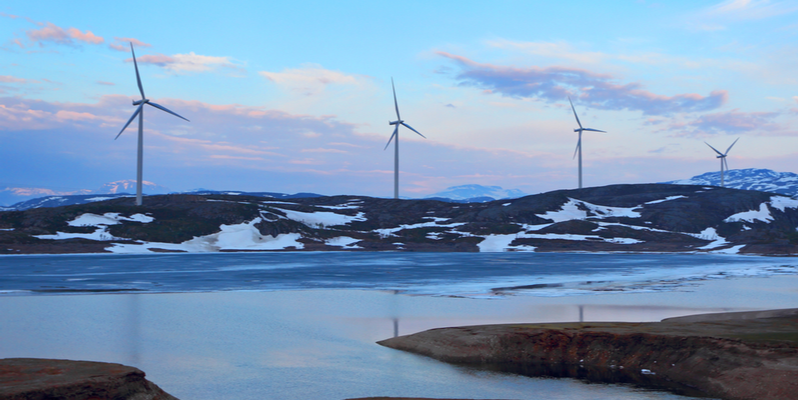 Almost all of Norway’s electricity comes from renewable sources. In 2020, hydropower and onshore wind energy accounted for more than 98% of Norway’s record high electricity production of 154.2 terawatt-hours (TWh), generating net exports of 20.5 TWh.

Wind energy in Norway currently accounts for 10% of the production capacity and is now dominating investments. Although the country doesn’t actually need offshore wind farms to produce electricity, it is developing today more renewable energy production capacity than it has for decades and could become the ‘green battery of Europe’.

That will be a big challenge because the country’s electricity supply and energy use in buildings are already essentially carbon-free. According to the International Energy Agency, there is a major potential for decarbonisation in transport and industry. 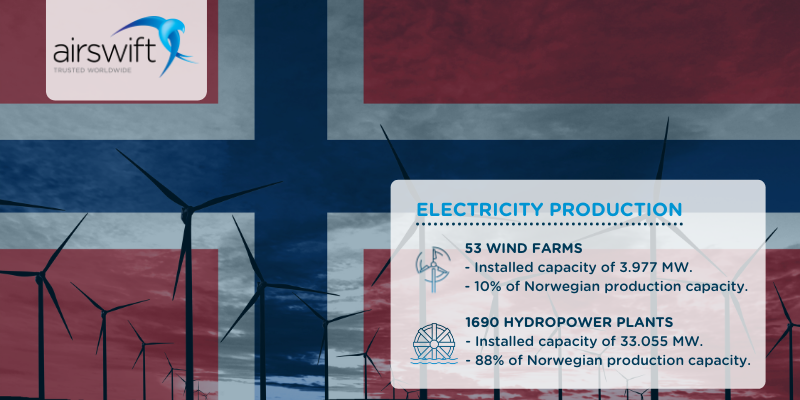 How can we protect nature and act on climate change while promoting economic growth and creating jobs?

This is the question facing many governments worldwide. Innovation, technology, and an efficient energy policy play an important role and is probably the key to a successful transition.

Wind energy can power 3.3 million new jobs worldwide over the next five years. Due to Norway's petroleum industry and maritime expertise, the country has a great advantage in developing a Norwegian domestic market and an edge in reaching new markets.

Fabrication, maritime operations, operation and maintenance, sea cables, and surveillance and management systems are the main areas of expertise. Norway can build on this competitive advantage and develop even better solutions, creating value and new jobs.

Airswift is currently partnering with many companies in the offshore and onshore wind sectors. See below some of the roles and skillsets in Norway.

There are 36 onshore and offshore wind projects planned for the next five years with a total value of $12bn in the region.

This project will be the world’s first floating wind farm to power offshore oil and gas platforms. With a capacity of 88MW, it will provide electricity for the Snorre and Gullfaks offshore field operations in the Norwegian North Sea.

It is estimated to meet about 35% of the annual electricity power demand of the five Snorre A and B, and Gullfaks A, B and C platform.

Developed by Hexicon, the project aims to commercialise new offshore floating wind technology. The intention of the project is to show proof of concept for Hexicon’s floating wind foundation through a twin wind-turbines pilot unit.

The site has a conditional site with a reservation of 6MW for now and the project is expected to 2023.

Operated by the Norwegian Ministry of Petroleum and Energy it is an offshore wind development area with a potential capacity of 500-1,500MW.

Development of an onshore wind farm with a capacity of up to 1,500MW. Located in Stølsheimen and Hordaland and will stretch across the three municipalities Modalen, Masfjorden and Lindas.

The wind farm will consist of up to 300 turbines with maximum heights of up to 200 metres. Operated by Norsk Vind Energi AS, the expected start of construction is in 2023.

With an installed capacity of a 400MW onshore wind farm, the Oyfjellet project will feature 72 5.5MW turbine units. It will be Norway’s largest wind power installation, supplying the region industry. It will be located outside Mosjøen in Nordland County, Vefsn municipality, Central Norway.

Under construction since December 2019, it is expected the installation is completed towards the end of 2021. Øyfjellet Wind AS will create around 15 full-time posts to the local area during the operational phase.

The industry is changing fast. But with over 60 offices worldwide, 800 employees, and 7,000 contractors, Airswift is committed to supporting the energy transition.

From our office in Norway, we are partnering with companies and connecting international talent to the biggest onshore and offshore wind energy projects in the region.

This article is part of a series on Wind Energy Projects in Europe. Read also: