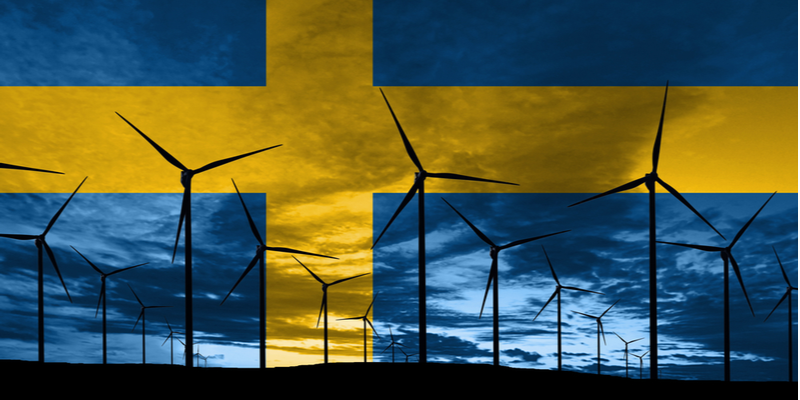 What is the Swedish key to low carbon emissions, despite using a lot of energy?

Sourcing energy from renewable resources is a high priority in Sweden.
The country is a global leader in decarbonisation and wants to have a net-zero carbon economy by 2045. For the power sector, the target is 100% renewable electricity production by 2040.
Most of Sweden’s electricity supply comes from hydro and nuclear power, along with a growing contribution from wind energy.

Sweden invested heavily in hydropower in the 1950s, 60s and 70s. The main goal of this initiative was to reduce costs for its industry so the country could compete in the global economy. Many of the power plants are on the big rivers in the north, above the Arctic Circle.
Over the last decade, wind power has become an increasing focus and provides around 20% of Sweden's electricity. It is the energy source that can be built at the speediest pace and at the lowest price.
The expansion of onshore and offshore wind power will be central to a successful green transition in Sweden. The Swedish Wind Energy Association (SWEA) have outlined progress so far and milestones to be achieved.
Today, wind power capacity is 12,8GW in the country. The growth is continuing and reached its highest point in 2021 with a 2,7GW annual addition. Towards 2024 the accumulated installed wind power is likely to reach over 17GW, with normal year production reaching almost 50 TWh.

Green electricity certification to support the energy transition in Sweden

More than words or plans, governments should support and give stimulus to companies and local communities to achieve a green energy revolution.

Electricity retailers are required to buy a proportion of green electricity as part of their normal supply, while power producers receive certification for the renewable electricity they generate.

To qualify, electricity must come from:

In total, there are 58 onshore and offshore wind projects planned for the next 5 years with a total project value of $25bn.

To meet a political goal of generating all power from renewables by 2040, installed onshore capacity would need to almost triple in the next 20 years.

With a total capacity of 4,061MW, the project is a development of an onshore wind farm in northern Sweden.

When complete it will be able to power around 400,000 households per year. The project will consist of several stages:

Phase 2: Comprises the 844MW Markbygden II project featuring 201 turbines. The phase is also known as the Maximus project. The phase included the "MB Etapp 2 cluster", which has a "northern part" of the phase (63 turbines, 253MW) and a 'southern part' (97 turbines, 389MW).

Phase 3: Could be the largest component with a possible maximum of 442 turbines and a total capacity of up to 1,800MW. The phase is divided into two wind farms: 753MW Onusberget and 650MW Hastliden.

Overall project plans are looking at up to 4GW capacity development. Operated by Svevind Holding AB, the startup is predicted to 2027.

Located at Kriegers Flak in shallow waters of 15m to 45m in the Baltic Sea between Sweden and Germany, the project is a development of an offshore wind farm with a capacity of up to 640MW.

In the years 2020 and 2022, archaeological surveys will be carried out, as well as supplementary geophysical and geotechnical surveys. Procurement of the facility will take place in 2023–2024. Finally, manufacturing and installation will take place between 2024 and 2027.

Planned investment spending for the entire wind farm is around SEK 10 billion. This includes the foundations and connections to the Swedish electricity grid. With a planned electricity production capacity of approximately 2.6 TWh, the project expects to power over 500,000 homes.

The project is a development of a 1GW-plus (floating) offshore wind farm off Sweden's west coast in the southern part of the Skagerrak, around 40km northwest of Gothenburg. It will comprise two sites: Poseidon North and Poseidon South.

The Poseidon North site will feature floating foundations due to the deeper waters, while the wind turbines at the Poseidon South site would be installed on fixed-bottom foundations.

The wind farm is expected to generate around 5.5TWh of electricity per year. this would meet the annual electricity demand of about 1 million households.

Operated by Zephyr Vind, the project is currently in the planning stage.

The Björnberget project is an onshore wind farm in Ange, central Sweden. The site will have up to 60 turbines, a total capacity of 372MW and an output of 1.1TWh. It will generate electricity for around 300,000 homes.

Operated by Enlight Renewable Energy, the project is one of the largest onshore wind farms to begin construction in Europe over the last year and is expected to reach commercial operation by the end of 2022.

The project is a development of an up to 1,500MW offshore wind farm off the coast of Ystad, Skane, Sweden. It will be located approximately 22 kilometres offshore across an area of 450 square kilometres.

Ørsted has already started investigations to gain a better understanding of the environment and the conditions within the area. The project is in an early development phase.

With up to 1,500MW, it is a development of offshore wind farm to be located approximately 10km southwest of Gotland, Sweden. The project site covers an area of 370 square kilometres, and it is in the planning phase.

Operated by Osted, site and environmental investigations have commenced for the project.

Hydro and wind power Sweden’s far north is aiming to:

Job creation from the green transformation is not something that will happen in the future, it is happening in Sweden now.

Unemployment in Norrbotten and Vasterbotten was the lowest in the country at 6.7% and 6.4% respectively, in 2020 against a national average of 8.5%. This low number can partly be attributed to the transition to the green industry.

In coming years, many job opportunities are expected in Lulea - a region where daylight can be as short as 3-1/2 hours in winter but where in summer, it does not get dark.

Predictions say Lulea will need an extra 25,000 new residents to fill the demand for labour over the next 20 years. 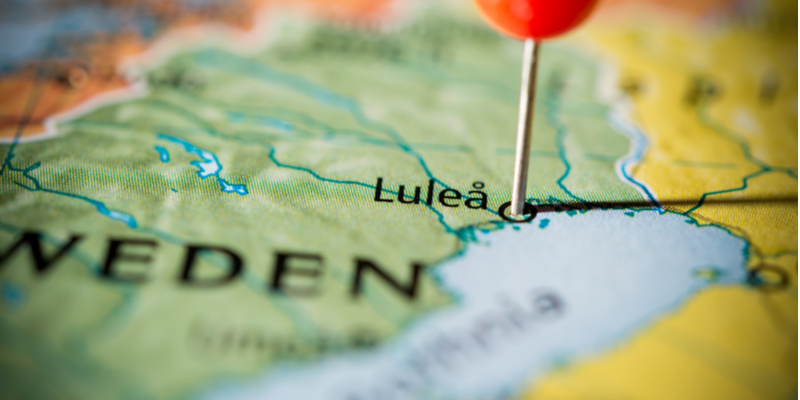 Wind energy can power 3.3 million new jobs worldwide over the next five years. Airswift is currently partnering with many companies in the offshore and onshore wind sector with demand for the following roles and skill sets in Sweden.

If you are looking for your next wind energy job, please, contact us.

With over 60 offices worldwide, 800 employees, and 7,000 contractors, we have successfully placed both permanent and contract personnel across a wide range of wind energy disciplines.

Airswift is committed to supporting the energy transition. From our office in Sweden, we connect international talent to the biggest wind energy projects.

Our dedicated team of consultants are able to support clients throughout the whole onshore and offshore wind project lifecycle.