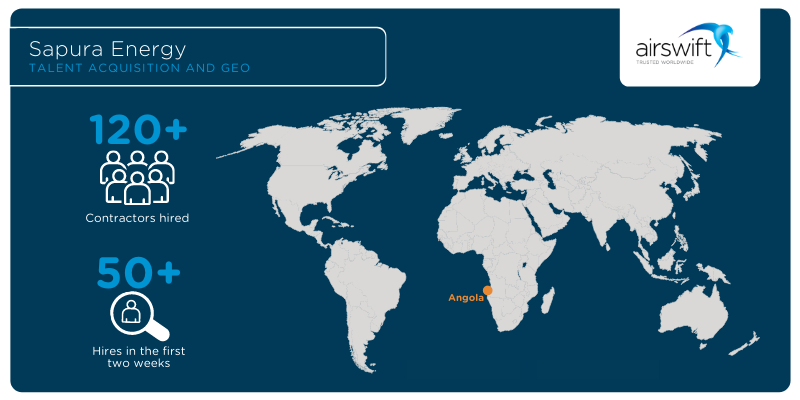 The company’s capabilities include the exploration, development, production, and rejuvenation of oil, alongside the decommissioning and abandonment stages of the value chain.

Sapura enlisted Airswift’s help to hire a highly-skilled local workforce for a semi tender rig project in Angola, where the local talent pool is relatively small.

This project was unique because it was the first time a semi-tender has been joined to an oil platform by a bridge. This meant that workers would live on the rig and go to the platform for work. 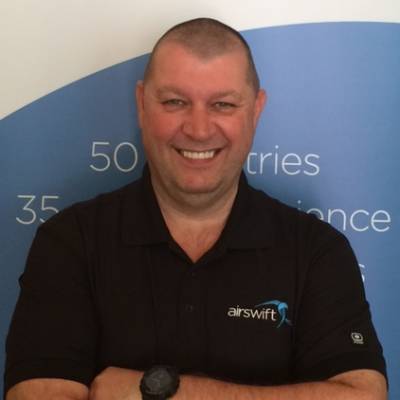 The challenge: Finding a recruitment partner with local knowledge to find experienced candidates

The brand new nature of this project meant that it was difficult to find contractors that had worked on both a rig and a platform simultaneously.

Sapura didn’t have any national employees and found that the majority of the most talented workers were reluctant to move.

Sapura Energy had previously hired talent through newspaper advertisements, but waiting for responses could be time-consuming.

“Hiring through newspaper advertisements meant we were waiting a long time for responses and this led to financial implications.

Day rates would be deducted either partially or fully if we didn’t meet full employee capacity on time.”

For Lidia, finding workers with the right experience was also a challenge. “This was the first time this type of project had been undertaken,” she says.

“There were not a lot of employees that had worked both in a rig and on a platform.

The Angolan employee market is challenging.

They don’t have a lot of local employees that are experienced, and the top talent abroad often prefers not to move.”

The solution: A full workforce hired in record time

“Airswift provided the best quality of candidates compared to other recruitment companies within Angola.

They were willing to listen to Sapura’s needs and open to creating a package that was suitable for us.”

From the moment Airswift began working with Sapura Energy, the relationship was strong. “They are professional and friendly,” says Lidia. “So easy to reach and talk to, and always there to calm you down and reassure you - they’ve got our back!”

“Airswift already had the experience, contacts and database to help us meet demands.

They are always willing to respond in a timely manner and understand that everything is urgent.

We don’t need to ask for help because they are always there helping already!”

When it came to the overall success of the project, Airswift helped to bring in employees when they were much needed.

“We have had to hire because of COVID and Airswift helped with this development.

They helped us to bring expats into the country, sorting out temporary visas for workers coming into Angola.

A few companies have even tried to poach the employees Airswift brought in - that’s how high the standard is!”

“I would definitely work with Airswift again,” Lidia says. “We are looking to grow Sapura’s footprint in Angola so we will be working with them again.”

Since working with Airswift, Sapura Energy has become more self-sufficient in Angola and now has offline employees to find and hire talented workers.