Brazil is a world leader in renewable energy job creation

With over 1 million vacancies in the sector, Brazil is one of the largest job creators in renewable energy and the opportunities in the segment are increasing.

According to Irena, the International Renewable Energy Agency, the country is only behind China in number of jobs added.

These include jobs related to biofuels, hydroelectric, wind and solar energy, as well as biomass and biogas. But it is not a total surprise. Since 2018, the country has the highest number of renewable energy jobs in Latin America. 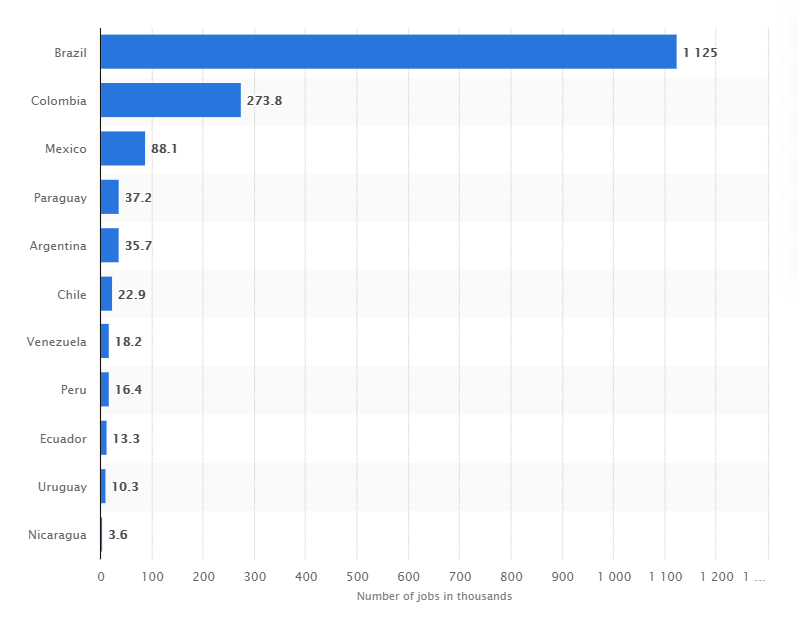 Eternalized in the verses of the Brazilian composer Jorge Ben Jor as a "tropical country blessed by God and beautiful by nature", Brazil is abundant in natural resources and has great energy potential. Certainly, this can be an important path for the economic recovery of the country with job and income generation.

Earlier 2020 it was revealed Brazil had shot up the EY Renewable Energy Country Attractiveness Index (RECAI) rankings by three places from 19th to 16th position. Now, the latest RECAI rankings announced on 25 November show the country is in 15th place.

RECAI ranks the top 40 countries in the world on the attractiveness of their renewable energy investment and deployment opportunities, a key part of the energy transition.

So, what can the sector expect in coming years? 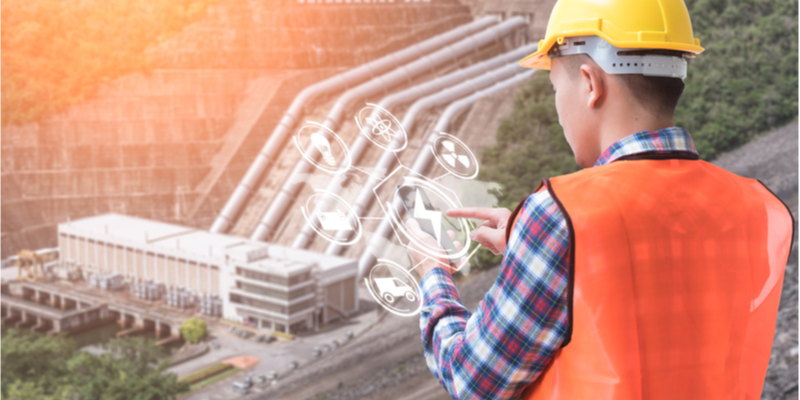 According to Irena, biofuels account for 839,000 direct jobs in the country, the highest number among all global markets. Despite being Brazil's second-largest source of electricity, wind power generates the least number of green energy jobs. There are about 20,000 direct jobs.

It is important to note that companies are not looking for specialists in sustainability or renewable energy, but for professionals with knowledge in related areas who understand the production chain. Therefore, the industry provides opportunities to transition from other technical and engineering sectors.

According to Global Energy Talent Index (GETI Report 2021), produced by Airswift in partnership with Energy Jobline, the renewables sector is not immune to fears about an impending talent crisis. Fifty-seven per cent are worried about a potential skills gap – a clear increase from the 46% who expressed similar fears two years ago.

Power (54%) and oil and gas (33%) remain the biggest sources of competition for talent, for those open to switching sectors, respectively.

The professional must know a lot about energy, regulatory market and have a technical command of the concept of infrastructure projects. It is important to have experience in projects, mainly in field prospection, regularization, and feasibility analyses. They must also have the ability to manage the stakeholders involved. Generally, it includes professionals with knowledge in Engineering, Finance, and Sales.

Reason for the boom: companies are looking for new opportunities to invest in renewable energy in Brazil or to acquire projects under development. Project management professionals are usually required to build these projects.

Utilises the same skillset required for fabrication work on oil and gas structures. The professional must know about wind turbines and be interest in learn about renewable energy.

Reason for the boom: wind energy projects are looking for professional with transferable skills and experience in related areas.

This professional must know how to carry out the installation, operation, and maintenance of systems of generation, transmission and distribution of electrical energy from renewable energy sources.

Reason for the boom: maintenance and inspection services are required in many related areas, such as construction, energy, and oil & gas. Different experience can help shape the evolving strategies in renewable energy projects. 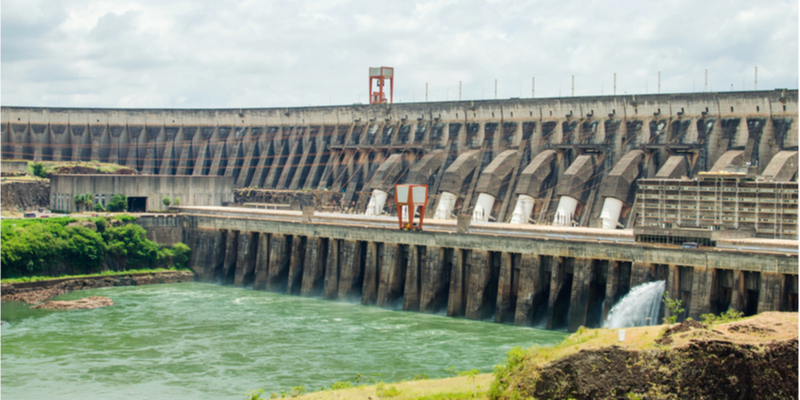 According to the 2020 Hydropower Status Report, Brazil surpassed China as the largest single contributor of added capacity in 2019 with 4,919 MW. This was mainly attributed to the completion of the 11,233 MW Belo Monte hydropower plant, which will provide electricity to 60 million people.

Hydroelectric power is responsible for more than 60% of the Brazilian electricity matrix. The country owns 12% of the earth's surface freshwater, with one of the largest river networks in the world. In total hydropower installed capacity, Brazil is only behind China. 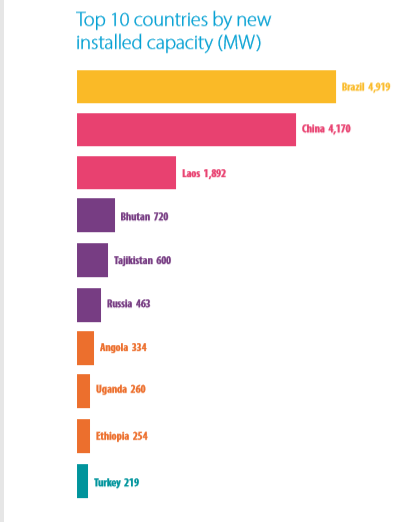 For the next 5 years, there will be 11 hydropower projects in the country with a total value of $9bn. The regions in Brazil spending the most over the next 10 years are Rio Grande do Sul, Roraima, and Paraná.

Figure 4: Regions in Brazil spending the most on hydropower projects over the next 10 years.

This project is a construction of a 650 MW hydroelectric plant that will be located in the state of Roraima, on the Branco River. This river covers the municipalities of Boa Vista, Bonfim, Cantá, Caracaraí, Iracema, and Mucajaí. Bem Querer Hydroelectric Power Plant will be operated by Empresa de Pesquisa Energética, and it is predicted to start by 2025.

Operated by Quebec Engenharia, it is a construction of a 306 MW hydropower plant on the São Francisco River in the state of Minas Gerais. Formoso Hydro Power Plant will feature three turbines and the project will create a 1.31 billion cubic metre reservoir. 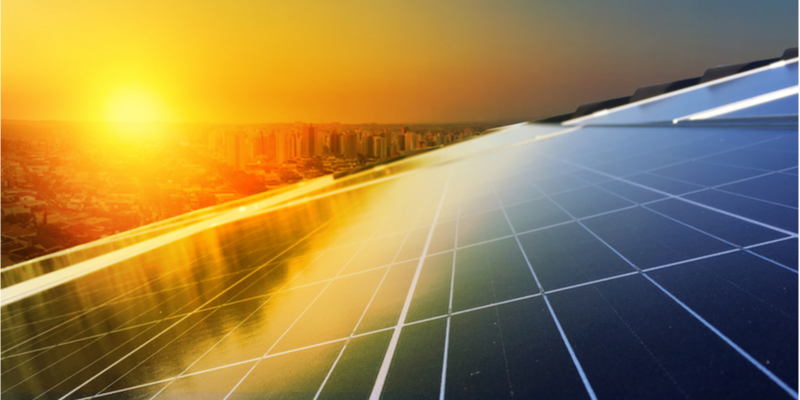 Despite the slowdown in the economy due to the COVID-19 pandemic, solar energy has grown in Brazil. In the third quarter of 2020, the use of this source advanced 25% compared to the same period in 2019, according to data from the National Electric Energy Agency (ANEEL). Globally, IRENA predicts that solar energy will grow on average by 13% per year from 2020 to 2030.

Thus, the installed capacity of solar energy in Brazil increased from 415MW in the third quarter of 2019 to 520MW in the same period of this year. The state of Minas Gerais was at the top of the installed power ranking, followed by São Paulo.

Brazil has the fifth greatest solar energy potential of all countries in the world, as it receives excellent levels of sunshine throughout the year, from less sunny areas in the South to the sunniest in the Northeast. This quality generates a capacity factor of 19% to 24%, which is 2x higher than the average in Germany, one of the current world leaders in the use of photovoltaic energy.

For the next 5 years, there will be 38 solar energy projects in the country with a total value of $8bn. The regions in Brazil spending the most over the next 10 years are Minas Gerais, Bahia, and Ceará. 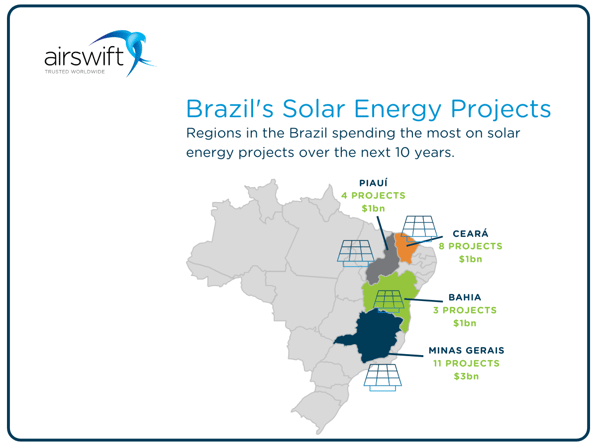 Figure 5: Regions in Brazil spending the most on solar energy projects over the next 10 years.

This project is a development of 17 photovoltaic power plants in Minas Gerais state, with a combined capacity of 680MW. Operated by Aurora Energia and with an investment estimated at $450 million, the construction work is planned for mid-2021 and the start-up is expected in February 2022.

Operated by Elera Renováveis, it is a development of 9 photovoltaic power plants in the northeastern estate of Ceará. The project will start in December 2021 and have a combined capacity of 247MW. The construction work is ongoing and is being undertaken by Andrade Gutierrez.

Are you interested in US solar energy or in Canadian renewable projects? Read our blogs. 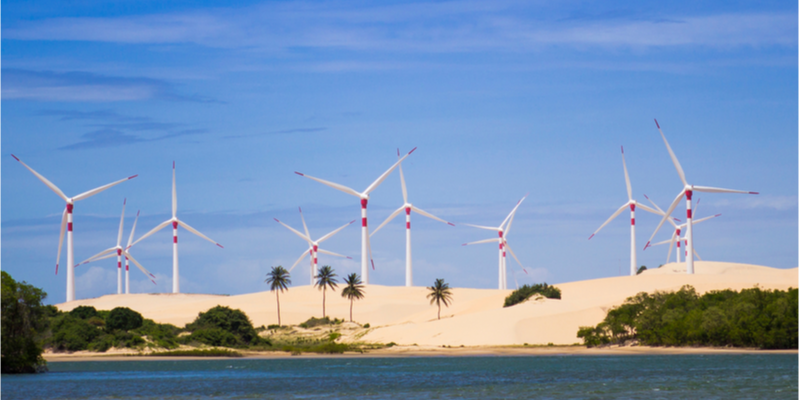 Brazil is seventh in the world ranking of the Global Wind Report 2019 (GWEC) and according to the Brazilian Association of Wind Energy (ABEEólica), today, the installed capacity is 17 GW. The country is favored by the quality of the winds, which are stable, with adequate intensity, and without sudden changes in speed or direction.

The offshore wind potential at water depths of up to 50 metres is 700 GW, according to the Energy Research Office – EPE. All coastal regions of the country have areas with high potential and the best locations are in Northeast Brazil as well as the onshore wind potential. This region accounts for almost half of the technical potential.

The Roadmap Eolica Offshore Brasil published in 2020 says a lot of changes will need to be made for the first steps offshore as Brazil has experience mainly with onshore projects. The need to adapt certain current procedures in environmental licensing and the lack of vessels suitable for the transportation, installation, and maintenance of offshore wind turbines are some of the challenges listed in the roadmap.

For the next 5 years, there will be 57 wind energy projects in the country with a total value of $29bn. The regions in Brazil spending the most over the next 10 years are Rio Grande do Norte, Espírito Santo, Rio de Janeiro, and Bahia. 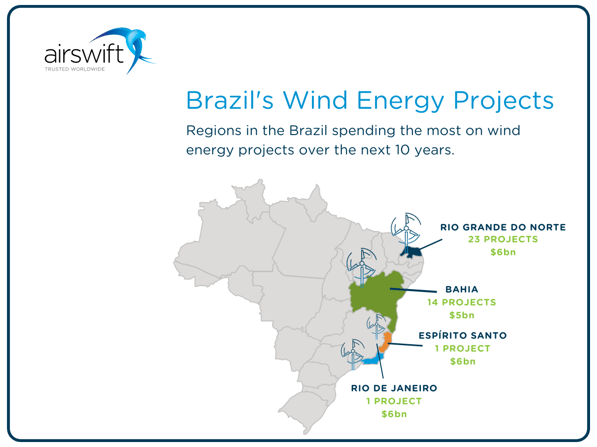 Figure 7: Regions in Brazil spending the most on wind energy projects over the next 10 years.

Asa Branca Offshore Wind Farm, in the state of Ceará, will have a capacity of up to 720 MW and will be operated by Eólica Brasil. With an investment estimated at $500 million, this project will count with 60 wind turbines of 12 MW each. It is expected to start in 2024.

The project involves the installation of a complex of 46 wind parks with a total installed capacity of 743 MW, located across several municipalities in Bahia, a northeastern state of Brazil. Operated by Renova Energia, Alto Sertão III will be launched in 2 phases.

Phase 1 - Construction of a 438 MW wind farm complex, consisting of 26 wind farms generating power from 155 turbines. The project is predicted to start in 2022.

Phase 2 - Construction of a 305 MW wind farm complex, consisting of 20 wind farms generating power from 125 turbines. The project is predicted to start in 2023.

Are you interested in US wind energy or in Canadian renewable projects? Read our blogs.

Are you a renewable energy professional looking for your next role?

The energy transition is an Airswift commitment. From our office in Rio de Janeiro, Brazil, we connect international talent to the biggest Latin American energy projects.

With over 60 offices worldwide, 800 employees, and 7,000 contractors, we are the agency of choice for world-leading renewable energy businesses.

Register your interest in renewable energy jobs in Latin America