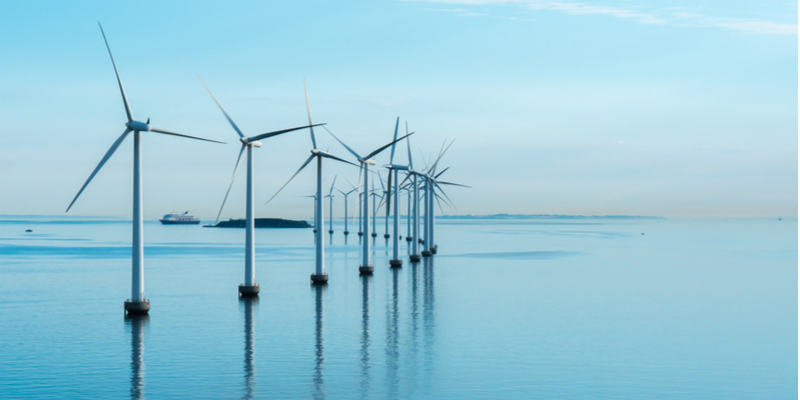 Denmark is leading the way in the energy transition with an ambitious goal to reduce greenhouse gas emissions by 70 per cent from 1990 levels by 2030 and increase renewable energy to cover 100 per cent of electricity and 55 per cent of overall consumption by the same year.

The country has announced a new climate law in late 2019 and reinforced the commitment at COP26 in Glasgow this November, increasing its financial assistance to developing countries for climate adaptation and the green transition.

The excellent results of all the political agreements of the danish government are coming fast. Today, half of the electricity is supplied by solar and wind energy in Denmark.


That's the highest number ever. The wind production per capita exceeds that of any other country in the OECD (Organisation for Economic Co-operation and Development).

Looking for solutions to global needs and inspiring the world

According to the Renewable Capacity Statistics 2021 from International Renewable Energy Agency (IRENA), the wind power installed capacity is 6.235 MW in Denmark.

More than a passion or a dream, Denmark already got clean energy is a global necessity. So, they work hard on technology-neutral tenders to reach fossil fuels free.

Why has Denmark become a global leader in wind energy?

It is not surprising that good winds blow strong in the North Sea and the Baltic Sea. However, more reasons empower the sector in the country.

Denmark is supported by a flexible domestic power system and a high level of interconnection. Also, it is home to wind turbine giant Vestas, Siemens Gamesa, which has Danish roots, and Ørsted, the world's largest developer of offshore wind. Moreover, Denmark invests a lot in research institutions.

Learning from the past

The country began investing in wind power in the 1970s. In 1977, Denmark installed its first onshore wind turbine. But since it is a small country with people living all over, they are going in the direction of offshore wind energy.

In 1991, Denmark built the world's first offshore wind farm. Currently, the country is investing heavily in the sector, like its neighbour Norway and Sweden, and governments across the region, like Netherland and the United Kingdom.

How to reach 100 per cent renewable energy? Denmark is trying to solve the big question. Watch the video to see its strategy.

The number of full-time workers employed in the Danish wind industry and energy companies was 33,159 in 2019, a 1 per cent increase compared to 2018.

The revenue per employee has increased slightly, amounting to 3.6 million DKK compared to 3.3 million DKK in 2018. The wind industry (without energy companies) account for 2,1 per cent of privately employed workers in Denmark.

The west of Denmark is the primary region to the Danish wind industry, and it is not centred towards any of the large Danish cities but instead more spread out broadly across the country. This means that the industry has a significant contribution to local growth.

As we can see in the graphic below, since 2006, there has been a generally positive trend regarding employment in the wind industry. However, there was a slight decrease between 2017 and 2018.

The sector can secure thousands of full-time equivalent jobs for Danish companies. A study published in June of last year by Danish Shipping, Danish Energy Agency and Wind Denmark says that every 1 GW of offshore wind set up in Denmark secures 14,600 full-time jobs.

Airswift is currently partnering with many companies in the industry that are in demand for the following roles.

Are you looking for your next job in wind power? If you fit into any of these roles, please get in touch with us.

In 2021, Denmark inaugurated Scandinavia's biggest wind farm: "Kriegers Flak". It has a total capacity to cover the electricity consumption of around 600,000 Danish households. This wind farm is expected to increase the Danish electricity production from wind turbines by 16% annually.

Nowadays, there are 19 wind projects planned over the next five years with a total investment of $10bn. Read about the top 4 wind projects in the coming years.

Located in the North Sea, 20km off Nissum Fjord, Thor Offshore Wind Farm is the first of three large offshore wind farms to be built in Denmark before 2030.

Operated by Danish Energy Agency and Energinet, it is named “Thor” after Thorsminde, the nearest village on the shore.

The world's first energy islands, able to provide enough energy for five million households, will be built in Denmark. They can mark the beginning of a new era for the generation of energy from offshore wind. It will not just supply electricity for Danes but for other neighbouring countries' electricity grids too.

Artificial island in the North Sea

Located 80km (50 miles) out to Sea, the artificial island will serve as a hub for 200 giant offshore wind turbines. It is the biggest construction project in Danish history, costing around 210bn kroner ($34bn). The Danish State will be the majority owner and own at least 50.1 per cent of the island.

This project will have in the beginning a capacity of 3 GW. It then will be expanded in phases to a maximum of 10 GW, covering the electricity consumption of 10 million households. 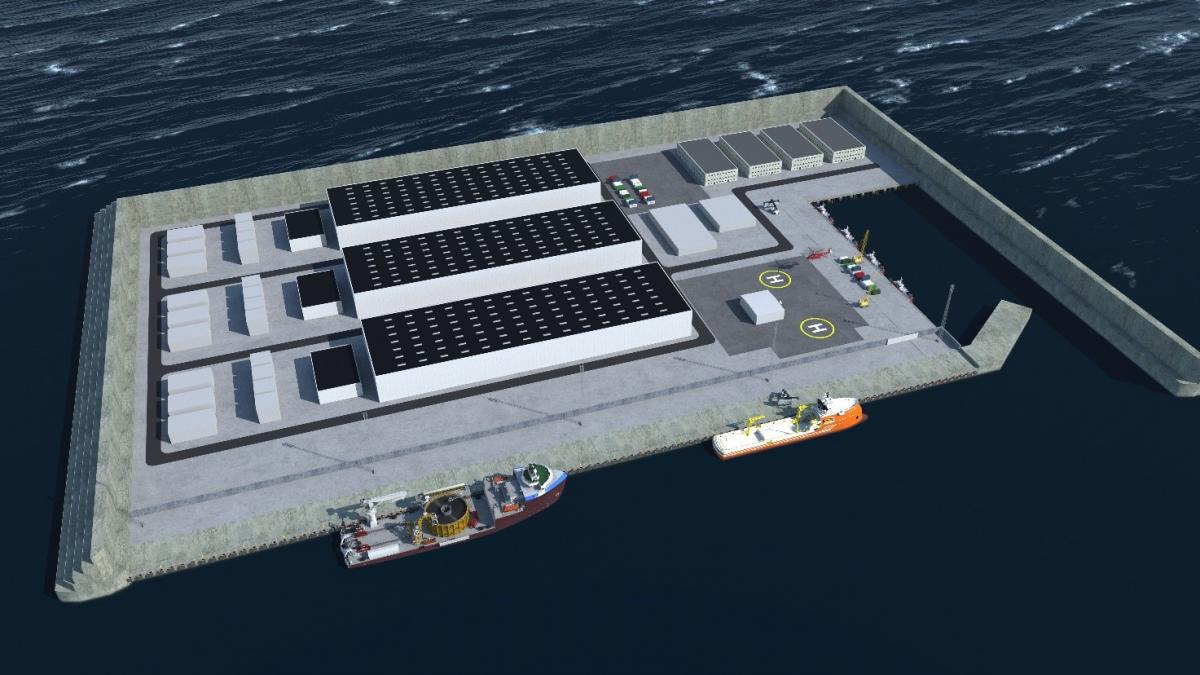 Island in the Baltic Sea

The electrotechnical equipment and the wind turbines will be located 20 km south-southwest of the coast of Bornholm and will have a capacity of 2 GW. It corresponds to the electricity consumption of two million homes.

The Vesterhav Syd and Nord Offshore Wind Farms, which will produce climate-friendly electricity equivalent to the annual consumption of 380,000 Danish households, are at a development stage and scheduled to be operational by the end of 2023.

Operated by Danish Energy Agency and Vattenfall AB, the Vesterhav Nord (170MW) and Vesterhav Syd (180MW) will be installed in areas designated by the Danish state back in 2012. The project will be equipped with 41 turbines.

Operated by Euro wind Energy and Vindteam, the wind farm will have a total capacity of 33.6MW, with each turbine having a capacity of 4.2MW.

Also, 15.2MW solar PV will be installed at the wind farm to provide a hybrid mix of clean electricity. The start-up will be in 2023.

How can Airswift help you to deliver clean energy projects?

Airswift is committed to supporting the energy transition by investing and training a team focused on hydropower, battery, bioenergy, wind and solar power skills.

Our dedicated team can support clients throughout the entire renewable project lifecycle and connect the right talents to the most significant energy projects from the office in Denmark.

This article is part of a series on Wind Energy Projects in Europe. Read also:

Register your interest in wind energy jobs in Denmark