France is a historic and fully developed Western European democracy bordered by Belgium, Luxembourg, Germany, Switzerland, Italy, Monaco, Spain and Andorra. The country has numerous overseas territories and islands on a range of continents and oceans. The French government is stable and secure and there are no discernible threats to the political system. While large-scale protests and strikes are frequent, they are generally peaceful in nature despite occasional rioting in suburban areas.

As one of the oldest countries in the world, France has a long and eventful history. Today it stands as one of the world’s major powers, with strong cultural, economic, military and political influence in Europe and around the world.

France is the founding member of the European Union. The country is divided into 26 regions, with Paris as the capital. The official language of France is French, and the currency is the Euro. The economy is strong and well-developed, and there are no concerns over corruption for foreign investors. The most important sectors of France’s economy are public administration, defence, education, human health and social work activities, wholesale and retail trade, transport, accommodation and food services and industry. France’s main export partners are Germany, Spain and the US, while its main import partners are Germany, Belgium and Italy.

France is a very touristy country because of the history and various attractions that await all who visit. Some of these attractions are the world-famous Eiffel Tower in Paris, the Louvre Museum where the Mona Lisa is displayed, the remarkable Palace of Versailles and plenty more wonderful sights. The French love their outdoors and offer a plethora of activities such as horseback riding, rock climbing, skiing and canoeing. The nightlife in France is one of the best in all of Europe and can suit the taste of everyone.

Are you an employer looking to relocate or mobilise your workforce to France? Or an employee interested in relocating? 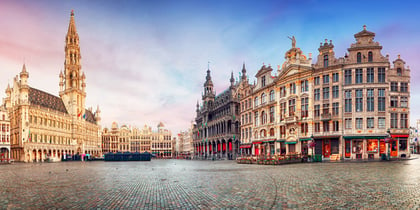