The name Guyana is an Amerindian word meaning Land of Many Waters due to its many rivers, including the main riviers the Essequibo, Courentyne, Berbice and Demarara. The cost of living in Guyana is relatively high because most items used in daily life are imported with high transportation costs.

In business, Guyanese place more emphasis on people and relationships than set schedules. Meetings may not take place on time. It is advised to arrive on time while keeping this in mind. In a meeting, allow the host to begin the business discussion and expect a moment to speak. Guyanese are known to be very direct and to the point.

Taxis are a good way to get around in Georgetown. The license plat on all taxis begins with the letter “H.” Traffic drives on the left side of the road and seat belts are compulsory. While in the country, visit the majestic Kaieteur Falls, the tallest single drop waterfall in the world. Shopping is a favourite pastime in Guyana, and tourist may want to visit the famous, bustling Stabroek Market in the capital of Georgetown. 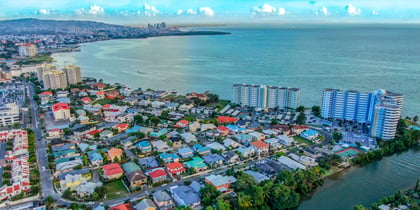