Who are the US Offshore Wind lease sale winners, and what can you expect from the sector? 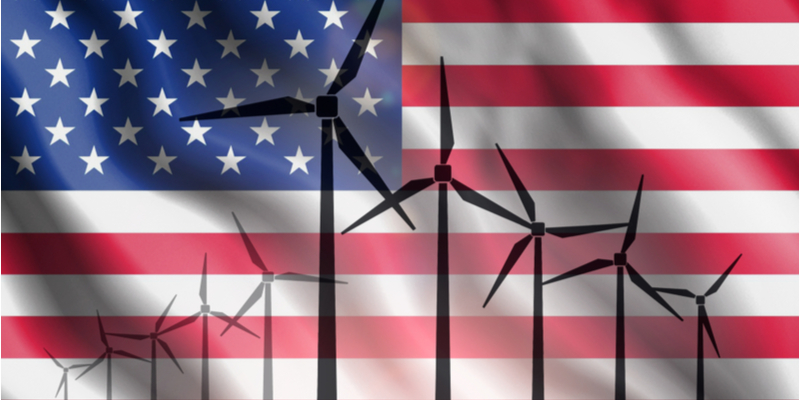 It was the first US Offshore Wind lease auction organised under the Biden-Harris administration, which sees the expansion of the clean industry as a way to tackle climate change and create thousands of new jobs.

The US Bureau of Ocean Energy Management (BOEM) offered six lease areas across more than 480,000 acres in the New York Bight, between New York's Long Island and New Jersey. This could add up to 7GW of capacity to the country's energy mix, powering nearly 2 million homes.

Under the auction rules, each company could only win one lease. Bight Wind Holdings, a joint venture of National Grid and RWE Renewables, secured the largest of the six sites for $1.1 billion. It has the potential of up to 3GW. 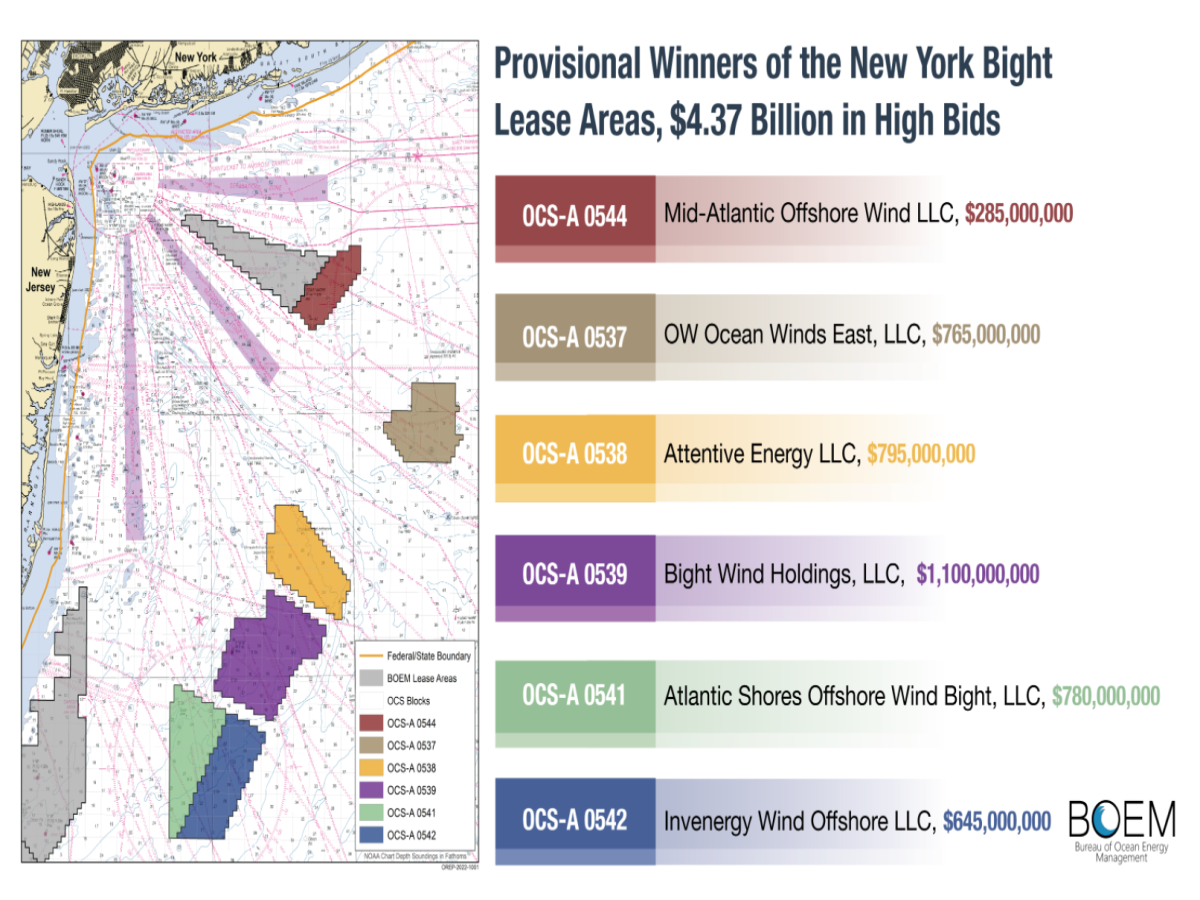 Before the leases are finalised, the Department of Justice and Federal Trade Commission will conduct a review of the auction. The provisional winners will be required to pay the winning bids and provide financial assurance to the Interior's Bureau of Ocean Energy Management (BOEM).

According to BOEM Director Amanda Lefton, the department understands the value of meaningful community engagement, so it requires lessees to report their engagement activities, specifically noting how they're incorporating any feedback into their future plans.

The New York Bight offshore wind leases sale include stipulations designed to promote the development of a robust domestic supply chain and enhance engagement with Tribes, the commercial fishing industry, and underserved communities.

Some stipulations include incentives to source significant components domestically – such as blades, turbines and foundations – and enter into project labour agreements to ensure projects are union-built.

The Biden-Administration has already made significant progress in the sector, approving the groundbreaking of the nation's first two commercial-scale offshore wind farms in federal waters: the 800MW Vineyard Wind project and the 130MW South Fork Wind project.

According to the US Department of the Interior, BOEM expects to review at least 16 plans to construct and operate commercial offshore wind energy facilities by 2025. It would represent more than 22GW of clean energy for the nation.

We are committed to supporting offshore wind power projects in the USA, including the areas of cable engineering, offshore installation, fabrication and inspection, commissioning and O&M.

With over 60 offices worldwide, 800 employees, and 7,000 contractors, Airswift has successfully placed professionals across a wide range of disciplines. Our team connect the best talent to strategic clients from our offices in Houston, Denver, Midland and Anchorage.

If you are looking for talent for wind farms and clean energy projects, contact us.

Register your interest in wind energy jobs in the USA