The Human Touch: making the most out of automation in Oil and Gas

Automation has the potential to deliver a massive increase in global productivity, and you don’t need artificial intelligence to see that the oil and gas industry is uniquely positioned to take advantage.

Just look at the types of activity most susceptible to automation: repeatable, programmable tasks. Then look at where automation is most desirable: tasks which pose a high risk to humans. The oil and gas industry has a wealth of roles that tick both boxes.

But if the future of oil and gas is automated, what happens to the men and women who have operated the rigs, platforms and refineries for decades?

While many are afraid of job losses, the companies that emerge as winners from the industry’s digital transformation will be those that realize technology still requires a human touch.

Companies still need humans to work with automated technology. Many pieces of automated equipment need remote operation, some require people monitoring outputs, and others require programming ahead of each task.

There’s still a lot to be said for human intuition and logic. A machine may be able to handle a repeatable task according to a programmed routine better than a human, but when something goes wrong, humans often still have the upper hand.

There’s also the benefit of retaining rare expertise and experience, and the fact that sometimes it’s more cost effective to augment a human role with robots than completely automate it.

It’s more often specific tasks rather than entire jobs that are automated.

There are other good reasons to think that the job threat has been overplayed. For one thing, it’s long been acknowledged that the industry is afflicted by an aging workforce.

This, combined with a lack of experienced middle-management, has resulted in a significant skills gap, New talent isn’t coming through at the rate it’s needed.

For now, things are okay. The downturn has created a surplus of talent. But as a result, many have left the sector and won’t be coming back.

When the upturn comes, and operator activity resumes, there might be a shortage of talent to fill roles. With luck, automation will reduce hiring pressure just as the candidate pool to fill those roles starts to diminish. Two macro issues that look like threats in isolation could well be partial answers to one another.

There’s also the fact that the industry is proactively re-training employees where possible.

The new roles created by automation are largely technology-centered, and programs have sprung up around the world to help workers looking to transition from physical roles to more computer-based ones.

Finding the right talent is a challenge

As it turns out, finding the right talent is likely to be one of the biggest challenges from automation.

If oil and gas companies want to attract the tech expertise that can help them retrain their workforce and operate their automated systems, they’ll need to evolve how they do things.

A major hurdle is attracting tech professionals who are more likely to be dreaming of a job at Google or Amazon than in the oil and gas industry.

To attract these workers, oil and gas companies need to rethink their recruiting and employee culture, beginning by broadening their recruitment beyond business and engineering graduates and establishing a presence in top tech universities.

A more socially and environmentally friendly company culture can also be a draw to these new workers. Robust corporate and social responsibility programmes will become more important, and culture changes like flexible and remote working arrangements are also more likely to be in demand.

Getting these changes right will give companies a good chance of succeeding in an automated world. Those that adapt too slowly risk being left behind.

The oil and gas industry has a massive opportunity in automation.

But companies will still need a human touch to design and operate automated equipment, to adapt to the needs of a changing workforce, and to attract the new kind of employees they will need.

Put that all together and it seems the shift to robots may not be so inhuman after all.

This post was written by: Janette Marx, Chief Executive Officer at Airswift 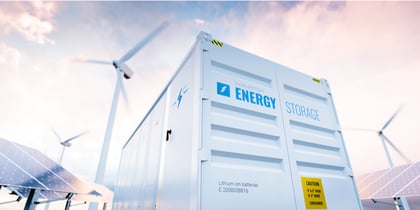 Cost of living plus rent, remote work and new emerging tech hubs are some of the reasons for the Silicon brand's departure.

California showed its economic power by raising $97bn of VC investments in 2021. New York, Massachusetts and Texas followed behind. 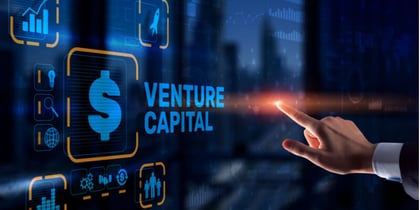