Guide to hiring employees in Singapore

Everything you need to know when expanding your Singapore workforce 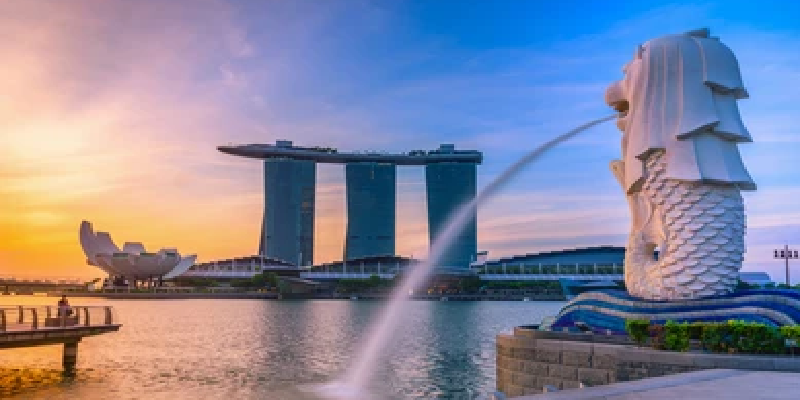 As the world’s most globalised economy, Singapore has a reputation for providing excellent working conditions for both local and expat employees. English is the main working language spoken; however, this is balanced against the local society’s diverse mix of cultures including Chinese, Malay, and Indian.

Singaporean employees are highly regarded for their excellent work ethic and glowing higher education profiles. This puts Singapore on the map for businesses that intend to hire for C-suite executive positions.

Central Provident Fund (CPF). A compulsory pension plan for Singaporean and PR workers in Singapore- aged 55 and below. It is used to provide funding for retirement, healthcare, and housing needs.

Employees in Singapore must contribute to the CPF according to the rates below:

Singapore’s Ministry of Manpower does not prescribe a minimum wage for all workers in Singapore.

Employees in Singapore work according to contractual working hours that are agreed between themselves and their employees. Common work arrangements in Singapore are:

By law, employees should not be allowed to work for more than 12 hours a day however, under special circumstances, these hours can be stretched.

Employers can request their employees work for more than 12 hours under the following circumstances:

• There is an accident or threat of accident.
• It is for work that is essential to the life of the community, national defence or security.
• There is urgent work to be done to machinery or plant.
• There is an interruption of work that was impossible to foresee.

An employee can only work up to 72 hours of overtime in a month and anything beyond these hours requires the employer to apply for an exemption. For overtime work, the employer must pay eligible employees at least 1.5 times the basic hourly rate and issue payment within 14 days of the last day of the salary period.

Employers in Singapore are required by the Employment Act to provide their employees with statutory benefits including social security, leave entitlements, and termination and severance pay.

However, in today’s highly competitive employment market, companies that want to attract, hire, and retain employees must be able to provide supplementary employee benefits and perks that go beyond the basics.

The list below contains a selection of value-added benefits that can pad up your benefits package and help you to attract discerning employees:

Types of leave available in Singapore

Employees who have worked for their employees for a minimum of three months are eligible for paid annual leave. Annual leave entitlement in Singapore is dependent on the number of years of service an employee has performed within a company and begins. However, it is common for most companies to provide employees with 14 to 20 days annual leave within their first year of service.

Employees in Singapore get 14 days of paid sick leave in a year upon completion of six months of work. If hospitalisation is required, they are entitled to 60 days of leave per year, including 14 days of outpatient care.

Before they complete 6 months of service, the number of paid sick leave days they receive will be based on their length of employment at the time.

Eligible adoptive mothers are entitled to 12 weeks of paid adoption leave to care for their adopted infants under the following criteria:

If the child is a foreigner:

The employee has worked for the company or has been self-employed for a continuous period of at least 3 months immediately before the formal intent to adopt.

The adoption order must be passed within 1 year from the formal intent to adopt.

Employees are entitled to Government-Paid Childcare Leave (GPCL) if they meet the following requirements:

Expectant mothers who have been employed by the company for more than three months prior to giving birth are eligible for 16 weeks for pregnancy leave. During this period, companies are not allowed to terminate the employment contract. Maternity leave is reduced to 12 weeks if the child is not a Singapore citizen.

Working fathers are entitled to two weeks’ worth of Government-Paid Paternity Leave (GPPL) in Singapore. The criteria are as follows:

All working parents in Singapore are eligible for six days of unpaid infant care leave per year provided they meet the following requirements:

Today’s candidate-centric market requires companies to find innovative ways to attract candidates who want to work for them. Finding the right person to fill an open position is no simple task and hiring managers face a difficult challenge. Excellent benefits and culture are essential for attracting and retaining talented employees in Singapore, but here are some additional things that companies can do to improve their chances of success.

Make sure that your managers at every level within your organisation are the best fit for their position. Poor leadership can drive away employees fast. Excellent leadership comes from years of experience and practice, which is why leadership training is essential to securing managers and department heads capable of engaging, inspiring and retaining employees.

According to a study conducted by Singapore's Institute of Policy Studies (IPS), 41 to 52% of employees believe that flexible work arrangements should be part of the new norm. Researchers also found that employees who had the ability to choose between different types of work arrangements reported better psychological well-being than those who did not.

For companies that are doing the opposite by forcing employees back to the workplace against their will, workstyle consultant Hardeep Matharu warns that the consequences of this can be dire. "There are very real risks of not just losing top talent, but also reducing their ability to attract talent,'' he says.

Professionals in Singapore value the potential for career growth and learning opportunities. It's especially important because employees with the opportunity for training can continue contributing to their companies as the business evolves over time. Learning and development (L&D) investment can help businesses attract potential new employees and foster loyalty among their existing ones.

When marketing jobs and positions, companies should make sure they're communicating these opportunities for professional growth and development.

Over the past few years, public awareness of DEI has increased, and an increasing number of employees are considering DEI a significant priority when evaluating potential employers. A survey by the Singapore National Employers Federation (SNEF) and Kincentric found that 71% of employers recognised the positive impact of DEI on company culture and 55% recognised its impact on employee engagement.

A diverse and inclusive workforce is able to increase productivity and create a culture of innovation that can positively impact a business's bottom line. 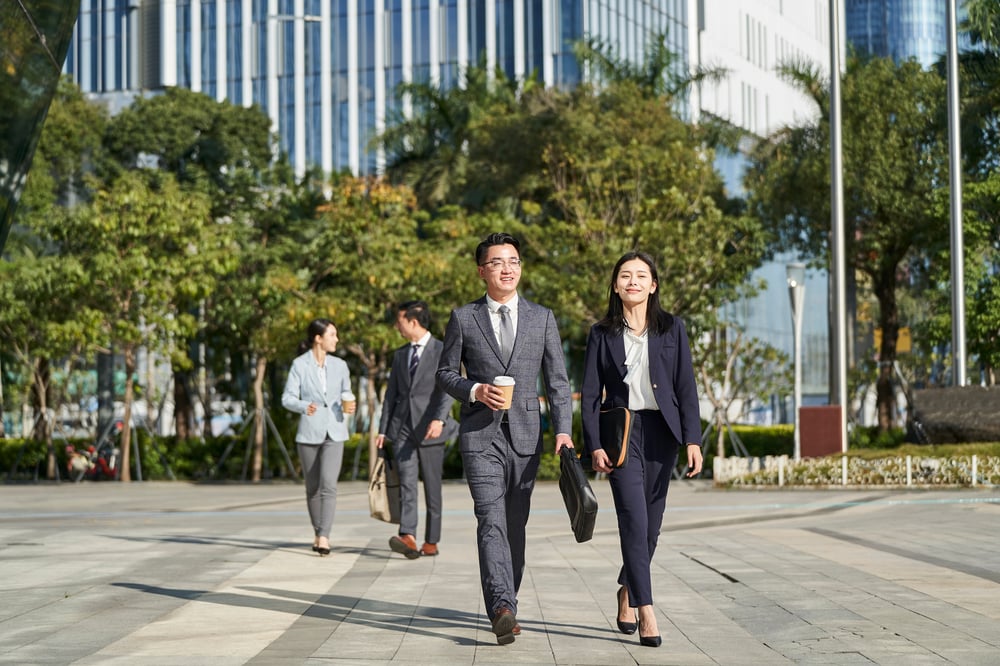 Termination of employment in Singapore

In Singapore, the notice period is subject to the length of employment.

For employees who are still on probation, either the employee or employer can terminate the employment by providing five days’ notice.

Probation periods in Singapore is often based on whatever is agreed on in the contract or between the company and employee but typically lasts for three months.

How can I hire employees in Singapore?

If you're looking for ways to hire people in Singapore, Airswift has a range of employment solutions that make hiring easier than ever before. We're experts at finding qualified candidates for your job openings, so we take care of everything else. You can just focus on growing your business!

Businesses can look into hiring options including:

Work with in-country talent acquisition specialists who can help you source top-quality candidates in a competitive market.

Our contract hire service is designed to help you fill short-term roles and give your company the flexibility to respond to changes in need and market demand.

If you need to hire talent forv longer than a few months, our professional search service can help you find highly-skilled talent in Singapore for permanent roles within your company.

If you're looking for ways to hire remote workers without having to set up a physical office, an Employer of Record (EOR) makes it easier than ever.

As an EOR, we help our clients avoid the hassles of setting up their own HR department by handling everything from compliance to employee onboarding and statutory benefits.

If you'd like to know more about how we can help you hire employees in Singapore, please get in touch with us today!

Learn how Airswift can help you hire employees in Singapore

Enquire about our services

Although the information provided has been produced from sources believed to be reliable, Airswift makes no warranties, whether express or implied, regarding the accuracy, adequacy, completeness, legality, or reliability of any information herein. Accordingly, there shall be no liability attached to the use of the information herein, howsoever arising. For the latest information and specific queries regarding particular cases, please contact our team.

Want to speak to ran expert on hiring employees in Singapore?

Get in touch
Close

How to successfully onboard remote hires

Onboarding can be a great way to attract and retain the best talents. But how can this tool work for remote hires? Check out the steps for a great onboarding, the common mistakes, and the companies that make the most of it. Find out how to successfully onboard remote hires. 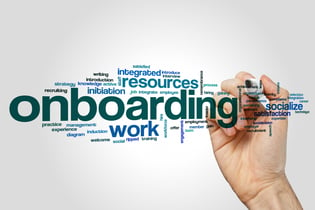 ESG as a global workforce strategy

The ESG (environmental, social, and governance) factor is increasingly being incorporated as a corporate governance requirement by investors. This article describes ESG as a global workforce strategy and explores the drivers, ESG integration, and ESG management. 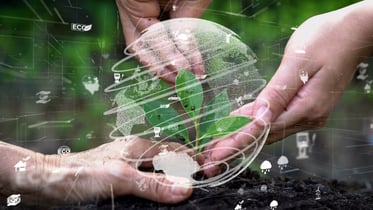 How to implement an effective remote working strategy

Remote working is now an integral workplace model for companies around the world. Find out how you can implement a successful remote working strategy. 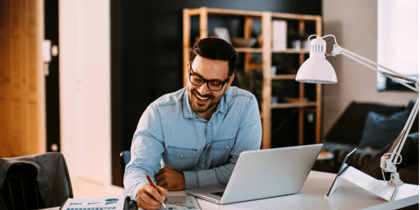